Does It Bother You, That People Lie to Us?

“Why do you make me look at injustice? Why do you tolerate wrong?” (Habakkuk 1:3)

For many years, like many people, I was contentedly asleep, focusing the majority of my time on minor, day to day things, allowing those things to swallow up an inordinate proportion of my thoughts: I accepted without question everything I saw on the news, thereby finding myself in a constant state of overwhelmed anxiety; I nursed grudges over trivial offenses; I attended church and participated in extra-curricular activities like mid-week children’s groups and worship team practice, convinced that the more time I spent doing “Christian” activities, the more of a Christian I actually was.

Cocooned within my insular world, I was able to transform minor issues into major ones, and the limited time I spent with God was generally devoted to informing Him about money concerns and observations on the personal foibles of others who threatened to make my comfortable existence uncomfortable.

And while I was concerned about the pain and hurt of the millions of others on this planet — most notably those who don’t get enough to eat every day — there was so little I could do about it other than write a check, that I simply didn’t know what to pray. So I didn’t.

But God adroitly and skillfully uses circumstances to awaken His children, and when acute emotional pain drove me to the realization that I had no control over my life, but One Person did, I had no time for minor things that had become major. My thoughts turned increasingly on the goodness of God, in comparison to the evil of man that abounds and flourishes in a world of powerful people who, like the grave, cannot get enough:

“Like death he is never satisfied, he gathers to himself all the nations and takes captive all the peoples.” (Habakkuk 2:5)

In the midst of dealing with anguish on a personal level, I found my eyes opened to anguish on a global level, instituted and nourished by financial and political magnates — whether they are on horseback with sabers or in leather chairs behind desks crafted from hardwood unsustainably logged from the Amazon  rainforest — whose central goal is to subjugate the majority of the human race. In every generation there are a few convinced that they deserve more, and better, by taking from those who simply want enough.

And I began to identify, first in one area and then in another, the lies I was being told.

It doesn’t really matter where one starts — once you discover that you are being lied to, in one area, then you awaken to the fact that the lies don’t stop there. If they come out of the mouth of a man, their verity is questionable.

Let’s take politics, for example, an area in which we expect to be lied to, all the time, and yet, come every election, we listen to each candidate and vote based upon their words, as if we expected those words to be true.

It doesn’t really matter that George H. Bush said it first, in just those terms written into his speech by his speechwriter — all political leaders make similar promises, which we generously forgive them for not keeping (“Bipartisan politics — it’s really difficult!”) The point is — abortion is not safe or rare, although it continues to be legal, and profitable for those who specialize in doing it; the unemployment rate is far higher than the actual number stated; bullying is alive and well in bully-free school and work zones; gas prices are not driven by free economics;  consumers are not informed which of their foods are genetically modified, nor do they have any say about the practice in the first place; and first-world nations are at war all around the world whether or not they declare the involvement to be an occupation or “peace-keeping” measure. Words do not match actions —

“The wicked hem in the righteous, so that justice is perverted.” (1:4)

For those still asleep, it’s easy to discount any criticism of current events as alarmism, or, the most severe criticism that can be levied — conspiracy theory. But when you awake to the fact that something you have been told is not true, and yet was told to you so that you would behave a certain way, or accept a particular proposal, or buy a product, then you have to ask yourself,

“Why do I keep acting as if what this person, or this organization, or this government, or this celebrity, or this religious figurehead, says is true?”

And once you ask yourself that, and realize how much is going on that you can’t do anything about, you ask, like Habakkuk 2,600 years ago,

“Why do you make me look at injustice? Why do you tolerate wrong?”

or in other words, “What am I supposed to do about it? And why don’t You do something?”

Regarding what God does about injustice, let’s jump to Malachi 4:1 in which He promises,

“Surely the day is coming; it will burn like a furnace. All the arrogant and every evildoer will be stubble, and that day that is coming will set them on fire.”

And as for us?

We wake up. We acknowledge the evil and are no longer fooled by the lies. And we look to one source, and one source only, for the truth.

By the simple expedient of simply stopping believing everything we are told, and questioning every statement we are given, we would wake up.

And awake is precisely what Evil wants us not to be. 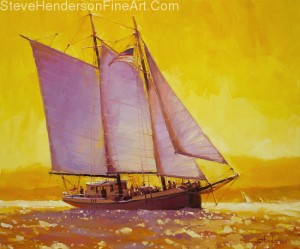 Why Do We Follow These Leaders?
archives most recent
More from Beliefnet and our partners
previous posts