I am writing this with a psychotic cat sleeping on my lap.

I recognize that, to people who don’t like cats (and even to many who do), ALL cats are psychotic, but this one is a rescue kitty, chosen by one of our adult children who wanted an animal to keep her company in her apartment, an apartment that does not allow animals, incidentally. So, we’re “babysitting” for an indefinite time.

This kitty’s particular psychosis is that she likes to hide in small, dark spaces — under furniture — a non-endearing habit that does not lend itself to her feeling more comfortable around humans. So therapy includes a lot of holding, loving, and handling.

If you leave her alone, unsupervised, she slinks away to the nearest dark receptacle and hides, preferring obscurity driven by fear to interaction and warmth. However her “thought process” works — limited to the size and scope of domestic felinity — she knows that while she enjoys being loved, she is nonetheless convinced that she won’t be.

This is a great encapsulation of how many Christians feel toward our Father in heaven — who is all love, all grace, all compassion, all warmth, all understanding, all goodness. We long for this love, search for acceptance, ache to be cherished and protected, and indeed, it is the central message behind Christianity. For many of us, it is the reason we became Christians in the first place.

(Others, not so fortunate, became Christians because they were told that, if they didn’t, the all-loving heavenly Father would send them to hell for eternity, and watch them burn. Even though He would fee bad about this, there was nothing He could do, because they didn’t turn to Him in trust and love. It’s highly understandable when people reject this belief system and look for something better.)

But back to those of us who rejoiced at hearing about Jesus because we were told about His love — so wide and long and high and deep that it surpasses our ability to comprehend it (Ephesians 3:18).

The problem is, for us who were quickly plugged into a proper place of “worship” and “discipleship,” settled down with books and studies and resources to learn about not God, but how we are supposed to “follow” Him, we truly don’t understand the scope of God’s love — not because it’s so big that we can’t wrap our minds around it, but because it’s so parsimoniously small that it looks worse than our own feeble attempts at loving others.

This is the God of rules — all of them backed by Scripture — and His goal is not to make us more like Him — loving and perfect and gracious and kind and compassionate and joyful — but to follow the rules.

“We should obey the rules!” good citizens, and Christians who associate rule-keeping with righteousness (the word itself whispers “self” beforehand) insist. But rules, while not necessarily made to be broken, are made for a purpose — and when following the rules becomes more important than being the better person those rules are purported to encourage, then love, compassion, and acceptance absent themselves.

“Attend church. Read your Bible study guide. Pray 20 minutes every day. Obey the leaders. Join small groups. Tithe. Answer the moderator’s questions in Sunday School. Sing hymns and choruses and don’t complain about either. Only take one doughnut from the fellowship station.

“Don’t worry — because that’s a sin. Speak nicely about everyone — because otherwise it’s a sin. Trust God and love Him, or else you’ll sin. Think nice thoughts. Bad thoughts are a sin.”

And because we are reminded, all the time, of how every thought, every desire, every impulse, every single thing about us is sinful, we tend to think that God is focused on that, and He won’t love us the way we long for Him to love us (the way we were promised that He would love us), until we follow all the rules, just right.

But this is backwards. We cannot earn God’s love by doing right, but we can accept what He gives us, though we are still doing wrong:

“Blessed are they whose transgressions are forgiven, whose sins are covered.

“Blessed is the man whose sin the Lord will never count against him.” (Romans 4:7-8)

That is a blessing indeed, and one for which we can thank God, who justifies us freely by His grace, through Christ (Romans 3:24). He is our Father, and regardless of what our own experiences with earthly fatherhood looks like, deep down we all know that you don’t comfort a rescue kitty by yelling at it, you do not encourage a child to behave with honor by publicly humiliating him.

If we know this, God knows it better, because He is “compassionate and gracious, slow to anger, abounding in love.” (Psalm 103:8)

“For a high as the heavens are above the earth, so great is his love for those who fear him; as far as the east is from the west, so far has he removed our transgressions from us.” (11, 12)

This describes a God of love, not rules and regulations, and how deeply we understand this depends, a bit, on which God we’re looking for.

Thank you for joining me at Commonsense Christianity where I encourage you to seek — with passion and expectation — the deep, true, fulfilling love of God. It’s not worth looking for anything else.

Finding the True God When We’re Worshiping the Wrong One

Angry Jesus — I Don’t Want to Follow Him, Either 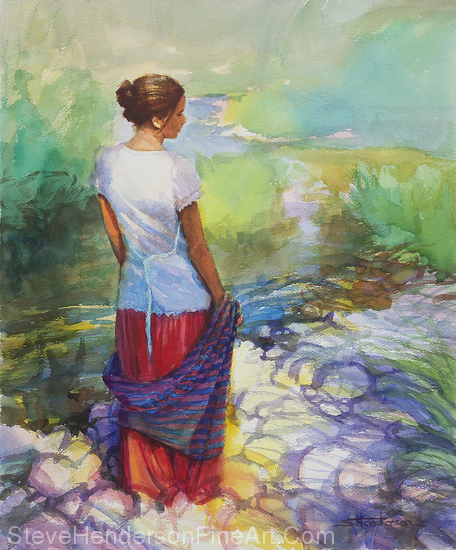