The problem with New Year’s resolutions isn’t that they’re easy to make and difficult to keep — which is true on both counts — it’s that we feel like such failures when we fall, and give up, mid-February, on the notion of changing for the better.

While it’s always good to change for the better, it’s never easy, which is why — to make true, lasting change — we need Someone bigger, stronger, better, wiser, and more understanding and compassionate than we are in charge of the project. That Someone is God, and in working together on changing us for the better, our part is ridiculously easy and supremely difficult: all we have to do is ask, and trust that He will answer (what parent wouldn’t, when his child says, “Father — mold me into a better person, please”?)

This year — no matter where we are in the year — I encourage you to ask God to make three significant changes in your life:

We don’t need an erudite scarecrow to tell us that things aren’t looking too good in Kansas, Dorothy, nor in any corner of the world we inhabit. Deceit is the norm, and too few people are making too many of the decisions resulting in too much of the money in those very few hands. The only thing ordinary people see more of are rules, regulations, restrictions, and requirements.

If this concept is foreign to you, or if you feel that I am overreacting, then go to the sentence next to the number 1 above and say it.

“Wake up, O sleeper, rise from the dead, and Christ will shine on you,” Paul quotes in Ephesians 5:14.

“Be very careful, then, how you live — not as unwise but as wise, making the most of every opportunity, because the days are evil.”

The days were evil 2,000 years ago, and they are evil now — there was no respite, say, in the 1950s when Beaver and Wally shared a bedroom together — when life was halcyon and innocent, although we like to think it was so because mass media — through books, movies, network news, and TV — encourages us to look for a make believe time that never existed.

There is no better time to go back to — there is only now, and now is imbued with evil. Ask God to wake you up to what that evil is, so that you can separate truth from a lie — in politics, education, society, entertainment, medicine, law, and certainly NOT least — religion.

This is what a blind beggar outside of Jericho said to Jesus when our Brother and Lord asked him, “What do you want me to do for you?” (Luke 18:41). This incident occurred after the beggar incurred public censure and displeasure by refusing to shut up and continued to shout out, “Son of David, have mercy on me!”

The beggar knew he was blind, and he wanted to see.

Many Christians today are blind as well — blithely satisfied with weekly church meetings, leadership activities, and study groups — but unlike the beggar, they don’t realize it. They listen to the news but never question it; they ascribe to doctrines about which non-Christians ask very reasonable questions, but refuse to look into the matter because doubt, to them, is a sin.

But doubt isn’t a sin: it is simply a logical mind questioning whether what it has been told is true. Only an idiot would walk across a woven grass bridge without making sure it will carry his weight, and only a foolish person pursues a spiritual life without stopping and asking questions of himself — and God — when man-made doctrines do not align with a perfect, compassionate, all-loving God.

If God to you seems at all frightening, in any measure irritable, easily offended, remorseless in His punishment, and/or random, then you are worshiping a substitute for the real thing. But don’t feel bad: this substitute is what is taught in mainstream Christianity — a God who consigns 6-year-old children to hell (5 being the “age of reason” that man has come up with) because they don’t follow the Four Spiritual Laws (also man-made), in order.

If that sounds simplistic, it is, but so are the four spiritual laws.

Do you want to see God — the real one, the Father who loves you more than you can possibly treasure one of your own? Then go back to Step 2, and pray the sentence.

Noise surrounds us everywhere and all the time, and too many people have ear buds in, or the television on, absorbing the chatter.

“Consider carefully how you listen,” Jesus tells His disciples in Luke 8:18, right after He explained to them the meaning of the parable of the sower and his seeds.

“Whoever has will be given more; whoever does not have, even what he thinks he has will be taken from him.”

While some people interpret this last sentence to involve money, or things, Jesus has just been talking about hearing, and listening, and absorbing what we have heard.

It’s only natural that, when we hear something that rocks our world — say, a treasured idol is just so, a person with a heart of stone; or an historical event we’ve always been taught happened a certain way has an opposite element that no public-school-sanctioned textbook bothered to mention — we want to close our eyes, stop our ears, and pretend we never learned this.

When information comes your way that is disturbing because it shakes your preconceptions, stop. Sit. Close your eyes. And then pray:

These three New Year’s resolutions are ones we can keep, because the fulfillment of them is not up to us, but to God. When we pray: “Wake me up,” “Open my eyes,” and “Unstop my ears,” He will — through books, people, blogs, observations, even the actions of the family cat.

Thank you for joining me at Commonsense Christianity. I started asking the three questions in this article several years ago, after giving up on, “Why, God — WHY?” because the answers I was given to that kept showing me that many things I had been taught to believe were quite oppositional to the actual truth.

Once I got over the heavily pushed association of God and country, military patriotism intertwined with the Divine, and had numerous human idols — historical and living now — toppled from the pedestals they had been placed on, I began asking the questions in earnest — and God kept sending answers.

They’re worth asking, my friend.

Mass Manipulation by the Mass Media

Are House Cats Smarter Than Humans? 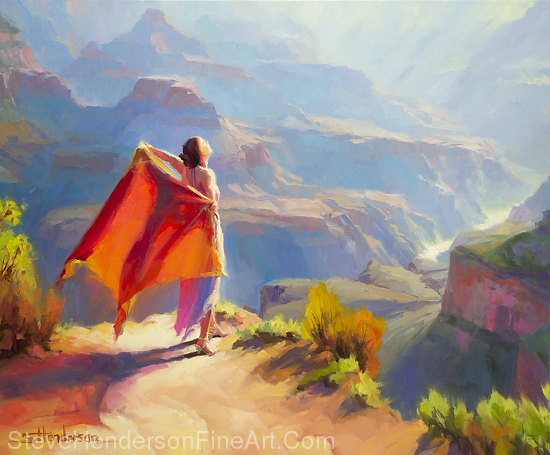