In a recent conversation with a five-year-old, it came out that using a pen, in kindergarten, is a prohibited activity. Violation of this particular law results in the punishment of putting one’s head down on the desk.

What strikes me most about this issue — other than that it still is an issue, because 46 years ago, when I was in kindergarten, using a pen at school was also disallowed for those under the age of 8 — is how petty, small, and unnecessary it is. While I’m sure that there are all sorts of reasons why young children should use chubby pencils and not ballpoint pens, many of this five year old’s (and incidentally, my) generation successfully employed pen technology at the age of 4, 3, or 2. The kids pick up, and use, the resources in their homes.

What also strikes me is that the punishment allocated is a perversely humiliating one: perverse, because it looks harmless, but when your head’s burrowed in your arms, and you’re in the midst of your peers, everybody knows that you’ve done wrong. In an arena where peer pressure reigns supreme, the grown-ups in the room really shouldn’t use it as a weapon for their convenience.

I’d say that the punishment doesn’t fit the crime, only that there is no actual crime — just a violation of a silly, little, rule.

So it is, far too often, in the walk of many Christians: we obsess about the infringement of rules, violation of statutes, transgression of dictums, except that, as theoretical vessels of grace, we never admit this outright: we simply spend a lot of time castigating ourselves because “we don’t have enough faith,” “we don’t trust God enough,” “our thoughts are not pure,” “we don’t have an attitude of worship,” “we’re too anxious,” or “our words are not seasoned with praise.”

In franker terms, we watch the “wrong” movies, read inappropriate books, swear, think a negative thought, speak aloud a negative thought, allow our bra strap to show, sleep in on Sunday because we feel like it, ingest an impermissible food, make a snippy comment, throw away a religious tract we find in a public bathroom — if the infractions are sounding minor and inconsequential, it’s because they are.

If they’re not sounding minor and inconsequential, then it’s time to get out of the Old Testament for awhile, and pay attention to the New:

“Therefore, there is now no condemnation for those who are in Christ Jesus, because through Christ Jesus, the law of the Spirit of life set me free from the law of sin and death,” Romans 8:1-2 tells us.

“What Does This Mean?”

I’ll never forget being in a Bible study (as a guest in another’s house, I had no choice) when the members mused, with great confusion, “What does it mean, that ‘there is no condemnation in Christ Jesus’?”

“What it SAYS!” I wanted to shout.

There. Is. No. Condemnation. In. Christ. Jesus.

Now while at this point some helpful voice inevitably reminds us that we do need rules, after all, and if we don’t have them, there will be anarchy, Paul addresses this matter throughout chapter 6 of Romans, concluding:

“For sin shall not be your master, because you are not under law, but under grace.” (6:14)

Grace. We say the word a lot, but when it comes to allowing it, realistically, to flow in and through our lives, we resist: God loves us, that’s true, we tell ourselves, but He expects us to be good and obedient and law abiding.

And in those last two words lies the problem: as long as we focus on the law, and whether or not we keep it, we don’t live grace. We simply break laws, because we are incapable of not doing so, no matter how hard we try to be good. We may as well expect ourselves to walk on water.

For all we quote John 3:16 — “For God so loved the world that he gave his one and only Son, that whoever believes in him shall not perish but have eternal life,” we stop before John 3:17:

“For God did not send his Son into the world to condemn the world, but to save the world through him.”

In our efforts to simplify things and make them fit onto a gospel tract, we like to make a clear-cut outline of what Christ did, and within evangelical circles, this generally requires us to make a rigidly constructed statement of faith (“I accept the Lord Jesus Christ as my Savior and Lord”) in exchange for which we receive eternal life, the rest of the world, quite literally, being damned if they don’t fulfill this formula to the letter —  but all we really know is that Christ has overcome the world (John 16:33) and whatever He came to do 2,000 years ago, is finished (John 19: 30).

We are not Jews. We do not live under Old Testament law, and there is nothing in the good news of the gospel that encourages us to make a New Testament one.

Understanding Christ’s love and compassion is a worthy and essential pursuit, because as long as we persist in creating, finessing, perfecting, and imposing rules on ourselves — and others — to earn that love, we will project a false, harsh God, one who does not love, unconditionally, but who commands that we bury our heads in our arms, on the desk, because we used a pen, when the rules say to use a pencil.

Thank you for joining me at Commonsense Christianity, where I encourage you, always, to read the Bible for yourself and grow in grace, wisdom, love, mercy, and knowledge as you immerse yourself in the entire message — and that message, the one we call the gospel, does mean “Good News.”

If it’s not sounding good, then it’s time to find out why.

Practical Christianity: Tangible Things We Can Do to Live Our Faith (Part 1)

Practical Christianity: Tangible Things We Can Do to Live Our Faith (Part 2)

Practical Christianity: Tangible Things We Can Do to Live Our Faith (Part 3) 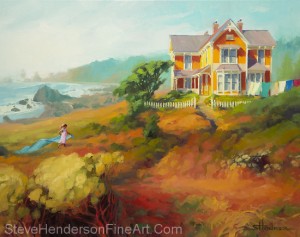 Practical Christianity: Tangible Things We Can Do to Live Our Faith (Part 3 of 3)
archives most recent
More from Beliefnet and our partners
previous posts