I Was Born in Babylon

The 6th century, B.C., was a tumultuous one for the Hebrew people. Always beset and troubled by enemies, the Jewish state, barely holding out in the territory of Judah and its capitol city, Jerusalem, was finally and fully conquered by the Babylonian Empire in 586 B.C. The land was emptied out, and the people were transported, as exiles, to Babylon. They stayed there for 70 years.

It’s not like this was a surprise coup: that’s what the prophets, like Isaiah, Jeremiah, and all the rest, were all about — throughout Hebrew history, they warned God’s people that bad things would happen if they didn’t do what they were created and designed to do, which is submit themselves to and follow God. This means adjusting not just one’s lifestyle, but one’s way of thinking, to God’s commands.

But the people consistently didn’t, preferring, instead, to follow the gods of the nations around them, customizing their beliefs so that they would fit into their religious culture. It’s a bit what Christians do today — I mean, how many times have you heard, “How are Christians any different from the culture around them? They look the same. Except on Sunday morning.”

We have this mistaken notion that Christianity is all about not swearing, or not drinking, or not getting body piercings, or saying the words “praise Jesus!” or wearing long, unattractive skirts in the name of modesty, or being a member of the Republican party, or eating — or not eating — particular things. We look to external, lifestyle choices as evidence of our belief in Christ, but what truly makes us different is how we think on the inside — we seek humility, mercy, grace; we bite our tongue when someone insults us because we don’t need to add to their hurt by our riposte; we rest in God and admit our weakness; we recognize that we ourselves are powerless, but the God we believe in is not.

Indeed, our most difficult “job” is invisible: we use our will to say that we have faith in God.

A Culture of Deceit

Culturally, it’s confusing, because we have all been born in a particular region or country, surrounded by a set of beliefs that is ingrained in us from childhood. It becomes difficult to disassociate ourselves from these cultural mandates. In my own country, the United States, it is considered savvy and smart and wise to “never pay retail,” because the level of deceit and deception is so normal, and so outrageous, in our business culture, that paying retail generally means that you’re getting ripped off. This is why stores and online sites always put a red line through the initial price, assuring us that we’re getting what we want “on sale!”

Enter Christianity, where we are told to be wise stewards of our money: for the most part, we come across as cheap. We want other Christians to give us their services for free, and because we can’t have any effect on our cell phone company or city utilities or medical magnate, we chip down at the little guy — the independent businessman who runs a small shop: “He’s too expensive,” we sniff. “I’ll buy it (a lesser product, mass produced and cheaply made) at the Bargain Mart.”

That’s our culture — but the true place of which we are citizens, the Kingdom of God, tells us to use “a good measure, pressed down, shaken together and running over.” (Luke 6: 39). You’ve probably heard that verse before — it’s preached all the time from the pulpit, admonishing people to tithe. But we’re not encouraged to live our lives by it, blessing individual, ordinary people with our generosity.

How Do We Do This?

So how do we resolve our dilemma? How do we live as Christians, without being overly influenced by the negative, worldly aspects of our culture?

Tell yourself this: I was born in Babylon.

Within the 70 years that the Israelites were exiled in a foreign, evil, reprobate, godless, militaristic, pleasure seeking, idol worshiping country, a lot of children were born. And though they were born into this country, they were not, and never would be, Babylonians. They were God’s people, living as strangers in a strange land.

So while they shopped in the Babylonian malls and watched Babylonian TV and paid Babylonian taxes and interacted with Babylonians on all levels, they lived as God’s people, worshiping God daily, reading His words, following His commandments, separating out the essence of what it means to be His, from what it means to live in Babylon.

You Were Born in Babylon

What this means for you, and me, is that we are not forced to accept the norms of our country as our own — we don’t have to live large, charge big, buy bulk, and consume with abandon. Jeremiah told the exiles (and they didn’t want to hear this):

“Build houses and settle down; plant gardens and eat what they produce. Marry and have sons and daughters.” (Jeremiah 29: 5-6). In other words, live your lives quietly and reasonably, settle in and be a part of where you are, but always maintain your separateness to God.

“Also, seek the peace and prosperity of the city to which I have carried you into exile. Pray to the Lord for it, because if it prospers, you too will prosper.”  (Jeremiah 29: 7)

This means that if we say, “God Bless America,” it’s not because our love of country is intrinsically related to our Christianity. You can love your country, and not say the Pledge of Allegiance (we owe one allegiance only, and that is to God). Do not confuse your love of country with your obedience to God — and recognize that sometimes, and it will become increasingly so, the demands of our country, our government, our bureaucracy, and our culture, run counter to the commands of God.

The U.S. Is Not a Christian Nation — and It Never Was

The Misfit Christian — my book for the Christian, or seeker, who feels out of step with contemporary religious culture 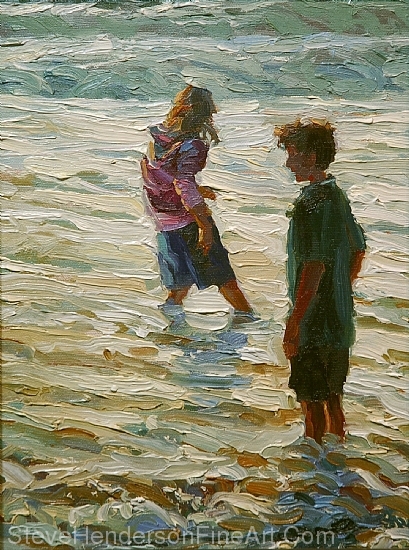 “My Church Is Being Stolen!”
archives most recent
More from Beliefnet and our partners
previous posts