How to Be Great, Important, and Significant

I love reading about the disciples. They’re so refreshingly human, constantly expressing fear and doubt and selfish ambition. One of the greatest gifts the Bible gives us is that it’s written honestly, and doesn’t — like we do — provide false impressions of who people are and what they’re like.

“An argument started among the disciples as to which of them would be the greatest.”

A statement like this is so much more convincing than, “George Washington stood before his father and said, ‘I cannot tell a lie. I chopped the cherry tree down.'” Similar “inspiring” stories are fed to us hourly through magazines, newspapers, text books, movies, talk shows and documentaries, with very little mention of this great statesman forgetting to leave a tip to the hardworking waiter who put up with him and his entourage, or that fine religious leader demanding to know why the sales of his latest book are down.

And we call the Bible a bunch of mythological stories.

He Knows Our Thoughts

But back to Luke:

“Jesus, knowing their thoughts, took a little child and had him stand beside him.”

While it’s disconcerting, it also good to know that our thoughts are no secret to God, and when we are more focused on the world around us than we are on Him, those thoughts tend to run the wrong way — Genesis 6:5 tells us that “every inclination of the thoughts of (man’s) heart was only evil all the time.”

As Christians, we insist that we’re past all that, because we belong to Christ and not the world, but the stories of the disciples are a refreshing reminder that we fight, constantly, an extremely powerful human nature. Overcoming it is not something we can do on our own, the same way that coming to Christ in the first place, and being saved by grace, is not something we managed to accomplish with any brilliance on our part.

We Worship the Wrong Things

We seek for, and worship, the wrong things. In the case of the disciples, they wanted to know which one of them was the most important, and anyone who asserts, wide-eyed, that he never thinks this sort of thing is either lying or, more likely, not thinking.

“”What were you arguing about on the road?'” Jesus asked them in the companion account in Mark 9: 33. But the disciples kept quiet because they were embarrassed. As are we all, when we’re caught in the act.

If you have ever wondered how to be great, important, and significant, therein lies the answer, and like all of God’s wisdom, it runs contrary to ours. Anyone who spends a significant amount of time around children knows that they’re not in boardrooms, not in courtrooms (except as innocents, pawns in a game), not plotting out the death and destruction of more children, and their mothers, and their fathers. The lives of children, and the things that are important to them, are not important in the mighty world of men.

And neither are the people who spend a lot of time caring for children — parents come to mind. Those who stay at home to care for their children are dredges on society; those whose paycheck feeds them are assured that the work they do in the cubicle is of far more importance than soothing a toddler’s nightmare.

Children are time consuming, noisy, messy, and discomfitingly honest. In the Emperor’s New Clothes, it was a child who pointed out that the leader was naked. When there is a child in the room, the adults have to behave more like, well, adults, because a child is vulnerable, and even the most selfish among us knows that we must slow down — it is our duty to be patient, kind, not self-seeking, not delighting in evil. There is someone smaller and weaker than we are, and it’s time to forget about making more money for awhile, and protect that small, precious person. Some of the most important people in the world are incapable of doing this.

Satan hates children, which is why, in the world of which he is prince, he encourages us to abort them, demean them, remove them from their homes and make them wards of the state, control them, drug them so that they sit quietly behind a desk for hours and fill out workbook pages, sell them on the open market for the puerile pleasures of sick, sick men.

Rather, humble yourself to be like one of them, and you will be the greatest in the kingdom of heaven.

Now, how you ever sat through a Success Seminar that gave you advice like that?

Thank you for joining me at Commonsense Christianity, where I have spent my professional career (I was a homemaker who homeschooled) around children. It doesn’t matter where you work, or what you do, but it does matter, very much, how you interact with the world’s Least of These.

Worthless in the World’s Eyes

5 Blessings You Don’t Have to Be Rich to Enjoy

Child of God, You Are Much Beloved 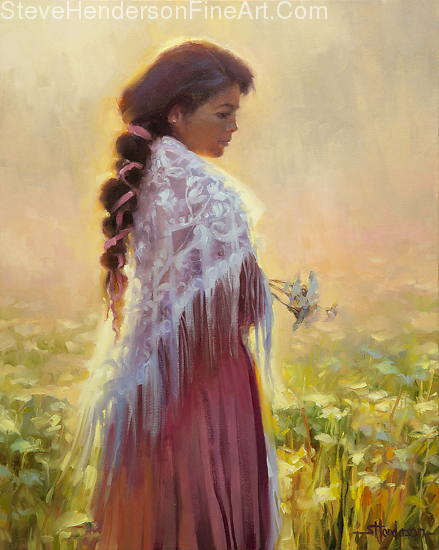