We Say It All the Time, but What Does It Mean to “Follow Jesus”?

We Christians have a lamentable habit of using esoteric language, which is an erudite way of saying that we speak phrases understood by a small, like-minded group of people with a specialized knowledge or interest.

Given that the gift of Christ is meant for everyone in the world, it’s a habit we might think about breaking, but before we do so, we need to figure out if we know what we’re talking about, ourselves.

For instance, what is the “good news” of the gospel? Can we encapsulate it in a sentence or two?

And what does “accepting Christ” mean?

Here’s an easier one, because Jesus said it so much Himself: following Jesus. What does it mean?

“If anyone would come after me, let him deny himself and take up his cross and follow me.”

Quite honestly, that doesn’t sound particularly fun or safe, but following Christ comes at a cost, most notably ourselves. Those who follow Christ are to be less concerned with their self-image, self-confidence, self-importance, self-identity and self-actualization than they are with the words of Christ, and His care and love for others.

This goes a bit against contemporary pop psychology, which has unfortunately crept into the church and curled up in one of the corner pews, assuring us that we can’t love others until we focus on loving ourselves. I don’t recall Jesus ever mentioning anything along those lines.

So we’re sheep. Not the most intelligent of animals, and ones prone to follow the leader. We know people who borrowed a ram for procreational purposes. Unfamiliar with the layout of their land, the male guest trotted over the edge of a bridge spanning the river on their property, and was promptly followed by all one dozen of the ewes. It’s a good thing that it was a short bridge, and a small river.

But this shows the hazards of following the wrong leader, which would be, essentially, anybody but Christ. His voice is written down for us in Scripture, and if you have a Bible that lists Jesus’ words in red — or green, or purple — you can jump from passage to passage and just see what He says.

If it starts to seem overwhelming, linger at Matthew 11: 28-30, where Jesus invites us to,

“Come to me, all you who are weary and burdened, and I will give you rest. Take my yoke upon you and learn from me, for I am gentle and humble in heart, and you will find rest for your souls. For my yoke is easy and my burden is light.”

Now we’re oxen. They’re bovines. But before we get insulted, recognize that a “yoke” of oxen frequently refers to two beasts, side by side. If we’re one of those creatures, then Who is the other?

Luke 5: 27-33, Matthew 9: 9-12, and Mark 2: 14-17 all tell about the calling of Levi, the tax collector, whose Greek name was Matthew (whom we know as one of the twelve apostles). The Pharisees, who tended to be offended by most of what Jesus said and did, expressed indignation that so many of these slime bags and sinners were “following” Jesus, to which He replied:

“It is not the healthy who need a doctor, but the sick. I have not come to call the righteous, but sinners.”

Many of us who have been Christians for awhile are in danger of thinking of ourselves as righteous (which we are, in and under Christ) — but we forget that all of us, before we made the decision to follow Him and “become fishers of men” (Matthew 4: 19),  lived the life of sinners, and that Christ is the reason we’re different.

May favorite verse about following Jesus is John 14: 5, when Jesus is telling His disciples that He is leaving to go to His Father’s house:

“You know the way to the place where I am going,” He assures them.

“Thomas said to him, ‘Lord, we don’t know where you are going, so how can we know the way?'”

Isn’t that an astute question? And it comes from the man we unfortunately label as “Doubting Thomas.”

Jesus answers with a verse beloved by His followers, and hated by many who aren’t:

“I am the way and the truth and the life. No one comes to the Father except through me.”

This verse isn’t a weapon, a nail to hammer into people’s hands — it’s a promise:

No, you don’t know where you’re going. But He does. Follow Him, and you’ll get there.

Thank you for reading Commonsense Christianity. Christianity is different, you know. Not because it’s harsh and judgmental and mean spirited and proud, but because it is a message of love, acceptance, understanding, compassion, and mercy.

Christianity Is Simpler Than You Think 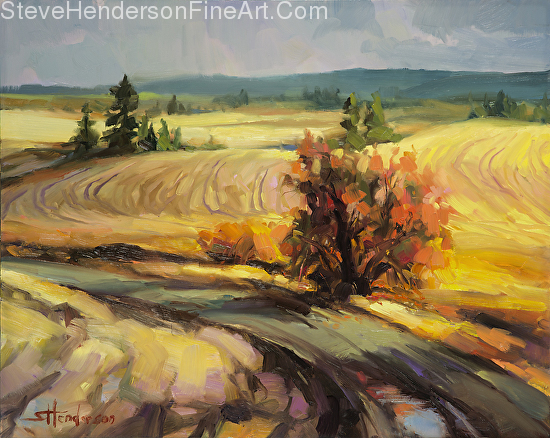