Einstein Said That! Or Was It Jesus?

You know, for a dead guy, Albert Einstein posts a lot of quotes on Facebook.

The latest on my wall is,

While this may be the explanation for my progeny’s  ability to think, ask questions, and not accept everything that they are told (sounds like a good definition of intelligence to me), I get tired of being told so many things by Einstein.

I mean, I know that he was smart and all, with the exception that he was unable to do anything, ever, with his hair, but so many quotes and witticisms are attributed to him that I’m asking myself, “Really? Einstein said that?” I’m waiting for his nuggets of wisdom on breastfeeding; I’m sure he knows more than I do.

The Norwegian’s Smart, Too

When I mentioned the Einstein quote to the Norwegian Artist on our walk this morning, he commented,

“Is there any particular reason that it means something when Einstein says it? We’ve been saying — and living — this for years.

“Does this mean, now that Einstein has said it, that we’re smart after all?”

It’s a good question, and one that Christians need to ask themselves:

Why do we believe what we do?

Years ago, when we attended a small church, we were the wild reprobates who read fairy tales to our kids and allowed them to trick or treat. This behavior, you see, was simply unacceptable, and later, when one of our children chose to explore a not particularly wise lifestyle, heads nodded sagely that this was the result of our parenting style. Some families thought it best to maintain a discrete distance to avoid “infection.”

Several months ago I ran into an inmate, er, attendee of this establishment when she mentioned that this young girl was pregnant, and that young man had an issue with drugs, and several families were trick or treating now, because this new, cool, hip family — they drank wine! — did it. The tone was all very understanding and accepting — for which I was glad, actually — but I couldn’t help thinking,

“It would have been nice to have received a bit of that acceptance when we needed it.”

Well, Einstein said it, so suddenly, what was wrong was right.

We read fairy tales whether Einstein thinks it’s a great idea or not, and we trick or treated because we, independently of other people’s opinions, decided that this was good for our family. We base our decisions, not upon Einstein’s words or the actions of the new, cool, and hip family, but upon our own wisdom, discernment, and judgment, which we cultivate by reading the Bible for ourselves, meditating upon what it says, and depending upon Christ — not the pastor, not the elder board, not the leadership community, and not the new, cool, hip family — for elucidation.

Fooling the Elect — a Scary Thought

Do you know why so many people in the world consider Christians stupid? It’s not necessarily because we follow Jesus’ message, which would be an honorable reason for being called stupid — it’s because we obsequiously follow the voices and instructions of men: whether they are well known authors, seminar speakers who give explicit instructions on how to manage money or time, Christian “celebrities,” politicians who say the right words, and dissemblers of disinformation who purport to speak for the little people, on news stations and talk shows that assure the listeners how very, very unbiased they are.

We are told (by whom? have you ever asked yourself?) to be accountable to our leaders and obey those in authority, and we do. Unquestioningly.

Mark 13 is an interesting chapter, in which Jesus describes to the disciples the signs of the end of the age:

“For false Christs and false prophets will appear and perform signs and miracles to deceive the elect — if that were possible.” (Mark 13: 22)

Is it possible to deceive the elect? Unfortunately, apparently so — if the elect are asleep, tranquilized, somnambulantly accepting what they are told because Einstein, or someone new, cool, and hip said it.

It’s fun to read Einstein quotes, but don’t run your life by them. Run your life by what Jesus said — and in order to do this, read, study, meditate upon, research, pray about, and discern what He says, without Einstein, or anyone else, looking over your shoulder and telling you how or what to think.

Thank you for joining me at Commonsense Christianity. You know, I love fairy tales, and all sorts of well written fiction — because there’s a different, deeper truth to be found in fiction than in non-fiction, but you have to be willing to see it.

Praying for Miley, Britney, and Lindsay

Christian Thinkers: Let’s Be Those People (at my alter-blog, This Woman Writes) 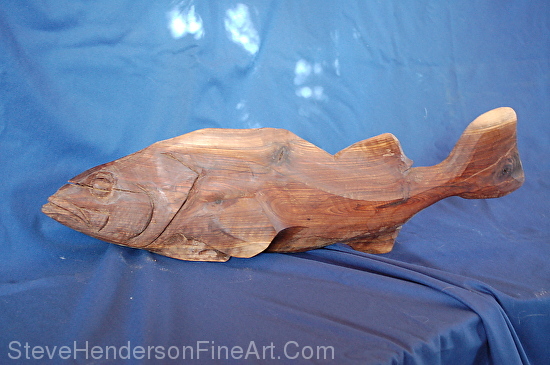 "We Have Worms!"
archives most recent
More from Beliefnet and our partners
previous posts