Before the world of Facebook, we’d find ourselves at a bridal shower, say, and The Person in Charge of Embarrassing Games generally began with something innocuous, like,

or, if this were a church function,

“List your five favorite books,” to which, of course, we would all have to put, “The Holy Bible” as number one. The point is, by sharing our reading tastes (we do still read, don’t we?), we told others about ourselves.

Want to know more about me?

5) The Count of Monte Cristo, by Alexandre Dumas

I deliberately omitted The Holy Bible for the same reason I never listed it during the games; I really hate being manipulated. Within 10 minutes of reading my essays, if you haven’t figured out that the Bible means something to me, then I’m befuddling somehow.

Anyway, back to that list — you’ll notice that I list one author, C. S. Lewis, twice. Yes indeed, I admire this man, his words, and his works, especially those on Christianity and our relationship with God.

Lewis’ thoughts, eloquently phrased, shape many of my own — I am who I am not only because of my mother, but because of C. S. Lewis, and while I admire, esteem, and respect this man,

I do not, however, worship him. Nor would he have expected anyone to, not when a frequent sentiment, regularly stated in Mere Christianity, advocates (paraphrased):

“If this analogy doesn’t help you, don’t feel that you have to accept or believe it.”

Ah, if only more Christians — especially those who read the big-name evangelical authors, follow radio-talk-show “conservative Christian” celebrities, and tune into the Friendly Faces on the suppositionally  “neutral” news stations — would take Lewis’ statements to heart.

Better yet, absorb the message behind the statement: “I speak what I believe, but I am not God. Filter what I say through God’s Truth — which you can find in the Bible on the back bookshelf — and do not unquestionably accept everything I say simply because I am 1) a familiar face, 2) famous, and 3) a self-imposed spokesman for what you say you believe.”

If you’ve read me for awhile, you might have picked up that I’m not big on big media: that ceaseless chatter of voices droning into my ear and telling me what to think, and to think about. The white noise itself is distracting, and shouts over God’s quiet, persistent whisper that has much more to say.

Voices That Distract Us

But too many people — too many Christians — go through their day with these voices interpreting the “news” for them, commentating on whatever current events are chosen for review, urging specific action.

Recently, I saw a clip of one of these Famous Faces, who purportedly gives his listeners (many of them Christian)  tough talk, no punches pulled, expounding upon the value of having micro-chips implanted in our children, so that they can be “safe.”

My first thought was:

“Even the most inert Christian, with very, very little awareness of or familiarity with anything at all in the Bible, might vaguely associate micro-chips with the Mark of the Beast, mentioned in the book of Revelation.”

At the very least, if you don’t want to be considered a religious fanatic nut like me, you might question what implanted micro-chips mean for your child’s sense of privacy — which, in today’s society, is far more at risk than his or her safety.

Listen to God, Not Men

In a perfect world, one in which Christians ask God for guidance, seek His voice in their lives, and knock themselves out to grow in His grace, many listeners would have said,

“Hey! Just what are you advocating? Are you using the trust I have in your name to wear down my defenses about an idea that is highly likely abhorrent to me? What other suggestions are you implanting in my mind?” and ratings would drop.

But in a world where too many Christians spend more time with media than they do talking to and thinking about God, the reaction is more like,

“Hmm. I always thought micro-chips were a potential invasion of my being, my body, my mind, and my privacy. But if Famous Face says it, it MUST be all right.”

Thank you for joining me at Commonsense Christianity, and if you like what you read, please consider subscribing (top right, menu bar). You’ll notice that I didn’t use the term “follow me,” because there’s only One Person worth following, and I work for Him.

Posts similar to this article are

The Dissident Christian: Does This Describe You? 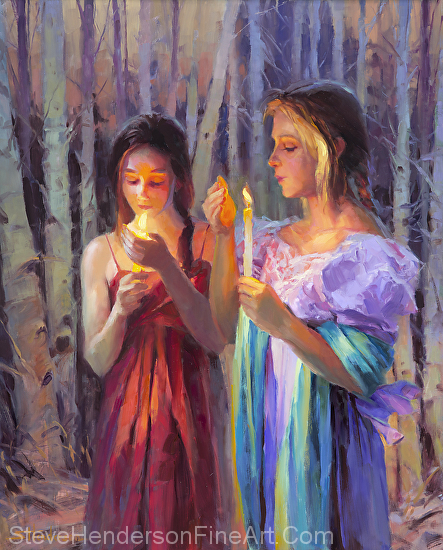 The Dissident Christian: Does This Describe You?
archives most recent
More from Beliefnet and our partners
previous posts