Theoretically there are millions of Christians in my home country, the United States, but for some reason, we are always looking for a major revival before we expect to see any significant changes made in our collective lifestyle.

Things used to be better, we are told, back when Beaver was a young boy and there was prayer in schools. Or further back, when Laura Ingalls Wilder was eating tough chicken on the prairie and rap music consisted of what teachers did with rulers to children’s knuckles. Or further back than that, when our Founding Fathers — which Christians insist were Christians although most of them look like today’s politicians in that they talked about being religious and looked like they were being religious but didn’t particularly live as if they really believed Jesus were true — set up what we insist upon calling “a Christian Nation.”

A Nation of Christians, or a Christian Nation?

We’ve had slavery, genocidal war on the Original Peoples, robber barons and railroad kings setting up the financial family scions that still rule today, serious social engineering, covert experimentation with eugenics, rampant dishonesty in our business and political realms, wars we don’t call wars — when we get to the “Christian Nation” part, please let me know.

Ah, but the solution is to get more Christians into politics, a movement that was heavily pressed in the 1990s when households like ours received regular requests from large, corporate, Christian organizations insisting that it was up to ordinary people like us to turn this nation around — one $50 donation check to their organization at a time. Presumably, they had a modicum of success and some Christians made it into the political arena; if you believe the newspapers, a huge chunk of the Republican Party is run by, and run over by, the “conservative Christian Right.”

So why do we not feel the impact of these millions and millions of Christians? By impact, let me clarify, I do not mean forced church attendance, or mandatory prayer in school (really guys, you don’t want that — government regulations setting up federally sanctioned conversations with God?), or fines for swearing, or civic “peace keeping” forces taking valuable time away from setting up speed traps to focus, instead, on measuring the length of a woman’s skirt: this is the world of Christendom propounded by Hollywood’s Deadheads.

No, when Christians make an impact it is one life at a time — the individual Christian’s — working in another life at a time — a friend, family member, stranger, neighbor. Our central focus and central command from Jesus is twofold:

Love the Lord God with all our heart, soul and mind.

Love our neighbor as ourselves.

An Investment of Time and Spirit, not Money

What we need are individual Christians living their lives as committed Christians. Doing this is fairly uncomplicated (not simple, incidentally) and if you’re unsure of where to start, try this:

Begin each day by talking to God (I do this in my head), and say something along these lines: “You are my Master, King, and Father; and I am your willing servant, subject, and child. Tell me what you want me to do today.”

And then, wait for Him to answer. He will, somehow, and it will look different each day, and for each person, but the first step in accessing, nationally, the power of all our purported Christians is for each Christian, individually, to talk to God and strengthen his relationship with Him. 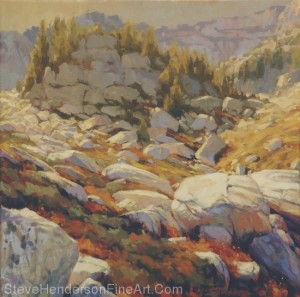 Feeling Abandoned?
archives most recent
More from Beliefnet and our partners
previous posts