Creativity is a funny thing. It’s not something you hold in your hands and squeeze, but it is something that you can destroy by handling too much and forcing to behave a certain way.

Lately, the familia has been re-watching ingenious animated movies from the late 90s and early 2000s, from studios that came out of nowhere and blew us all away with their quality graphics, unusual story line, and ingenious dialogue. Like the old Looney Toons of the 1950s, and 1960s, these movies engage young children at the same time they keep adults laughing. It takes true ingenuity and creativity to do this.

It also takes leaving the creative people alone and allowing them to work the way that works for them. Generally, in the early years of a business or cinematic production studio or . . . a church, creativity is something that is encouraged and allowed to grow, because people respond to it. They show up, or they watch, or they buy, drawn by a product or service so different from what’s out there that it fills a deep, hungering need in consumers and souls for Good Stuff.

Management and Creativity Are Not Synonyms

And as the creative endeavor grows and becomes successful, people — important people with money — notice it and think, “This is a good place to invest money and time into, and I’m going to do that.”

That’s the good part: any business, artist, or endeavor needs money to grow. The bad part is that, when the people with power arrive, one of the first things they do is put the creative people in suits, channel them into team meetings, appoint a cadre of decidedly non-creative middle managers, and insist that the creative people work a tight, inflexible schedule. The result of this is that the exuberant creativity that attracted attention in the first place, dies, slowly so that you don’t notice it at first. Eventually, the product looks like everything else that is already out there.

We saw this with the movies — sequels and later productions from the little places from nowhere that were bought by the Big Guys. At some point, the plot and dialogue was so predictable, we could fill in the blanks ourselves.

“Oh, look! The unimportant ordinary person will be made fun of, but he’s determined and plucky and he will prevail!”

It’s bad enough when we’re talking about a movie, but squashing creativity, and creative people, is an across-the-board endeavor — businesses, schools, government offices — once you start putting people in cubicles that look like rat mazes, creativity is the least of your concerns. Churches haven’t yet adopted or adapted to cubicles yet — it would be hard to see the pastor up front with the walls in the way — but in many other aspects, the religious establishment is wholeheartedly embracing the 21st century business model and encouraging its members to be team players, listen to the management team, and follow along with the lately sponsored activity.

Creative people — the quirky ones who milk goats or weave fabric or read the Bible for themselves and aren’t interested in participating in a class or who ask disturbing questions that have no pre-set, approved answer — really aren’t made to feel particularly welcome.

We Need These Quirky People

And while an entire congregation of these people may seem chaotic, a congregation without them — or one that squashes their voice — is like some of the latest movies we have started, and turned off: it’s predictable, prosaic, unengaging, ineffectual, and boring. I know that we’re supposed to recoil at the B-word, but it’s enough of a factor to drive people away. More lights and catchier choruses isn’t necessarily going to solve the problem.

God is the ultimate Creator, and He has created some very impressive things, not the least of which are people. He has made us all different, with specific gifts and strengths, and if we don’t embrace, encourage, and at least try to understand the variety of gifts and strengths each individual Christian has, then we’ll start to look like, well, Shoppy-Mart. 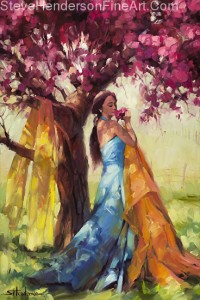 Praying for Miley, Britney, and Lindsay
archives most recent
More from Beliefnet and our partners
previous posts