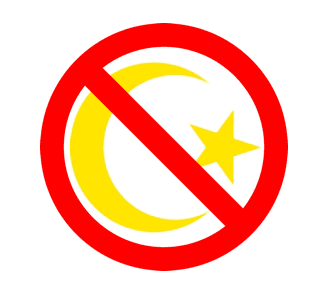 In 2002, the Bush Administration created a Muslim Registration Database, called NSEERS. It was finally dismantled in 2011 by President Obama and had a perfect score of 0 terrorists caught out of 100,000 registered.

Trump spokespeople openly cite the Japanese Internment as precedent for registering Muslims. And our mainstream media helpfully points out that a Muslim Registry wouldn’t even be unconstitutional.

Perhaps other Muslims may choose to register. I’ll even publish their argument here if they desire. But I will not register.

Some Jewish Americans have stated – with indescribable courage – that if the Muslim Registry happens, they too will register. I do not have enough words to express my gratitude and my awe. Muslims and Jews in America are uniting as I’ve long argued we must, well before Trump. But I ask them to reconsider, because I certainly wouldn’t want them to risk their own civil liberties on my behalf. I will not register. I would prefer that no one register. We need Jewish support for when we refuse to register first; if that civil disobedience fails, then we will need their solidarity, but let’s aim to misbehave first. #DoNotRegister.

“May have been the losing side. Still not convinced it was the wrong one.” — Captain Mal