This week is a truly portentous one for Muslims, Jews, and Catholics. In one week, we have Yom Kippur, the Day of Arafat and Eid ul Adha, and Pope Francis’ first visit to the United States. I like the term “Abrahamic Convergence” for this sort of thing – it emphasizes the commonality of themes in our faiths.

For example, Yom Kippur is the Day of Atonement – the holiest day in the Jewish calendar, in which Jews undertake a day-long fast from sunset to sunset, no food or water. This is a day of repentance for Jews, seeking forgiveness for their sins. The Day of Arafat is a day of rebirth, in which Muslims pray for their sins to be cleansed, and emerge renewed – the spiritual climax of the Hajj pilgrimage. Muslims worldwide observe a fast on Yawme Arafat, with the exception of those actually on the Hajj. These parallels are not mere coincidence – we share our worship of Creator and as Muslims and Jews alike are beneficiaries of His mercy and love.

This week was marked by an amazing moment of inspiration: yesterday the Pope’s motorcade in Washington DC was charmingly interrupted by a 5-year old girl who got the blessing of a lifetime:

This week also saw a horrific scene of tragedy: a stampede in the tent city of Mina that resulted in over 700 pilgrims crushed to death. Here is just one example of a (relatively tame) photo making rounds on social media of the immediate aftermath: 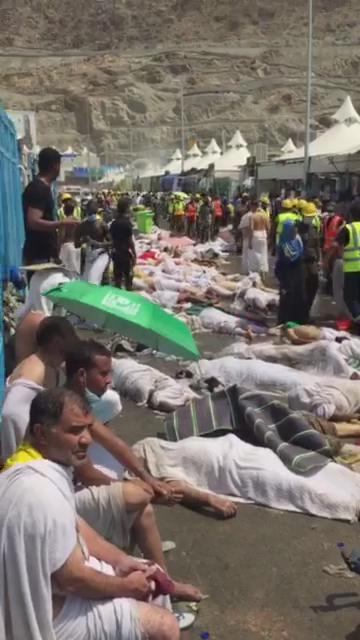 Despite the tragedy, there is also cause for celebration. Eid ul-Adha, the Feast of Sacrifice, follows Arafat and is a time of family and food and coming together. The seminal activity of Eid ul adha is the zabihah (humane slaughter) of goats and lamb, to feed the poor. The day after we have renewed ourselves of sin, our first duty is charity. And this week, that essence of charity was best articulated by Pope Francis, who said in his address to the US Congress, “I would encourage you to keep in mind all those people around us who are trapped in a cycle of poverty. They too need to be given hope. The fight against poverty and hunger must be fought constantly and on many fronts, especially in its causes.”

This has been a week of hope, despair, innocence, humility, atonement, and rebirth. Whether pilgrims are flocking to see their Pope or engaged in the rituals of Hajj, Whether the faithful are congregating in synagogues or in their homes, the raw faith that that motivates them is a testament to the power of our shared belief in God and the enduring legacy of our religions’ teachings. Jews, Muslims, and Christians alike have much to reflect on this week.

.@Pontifex Acknowledges Tragedy in #Mecca at St Patrick's Cathedral. "My sentiments of closeness in the face of tragedy." – @ajam #PopeinNYC

Related: Pope Francis’ message to Muslims, and the convergence of Eid ul Adha and Thanksgiving a few years ago. 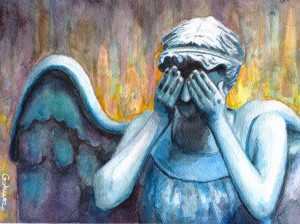 Anticipating Ashara: Reflections on Grief and the Remembrance of Imam Husain SA
archives most recent
More from Beliefnet and our partners
previous posts