Can atheism drive someone to murder? #muslimlivesmatter #chapelhillshooting

Like everyone else, I am in shock at the horrible tragedy in North Carolina last night, where three young Muslim Americans were brutally executed. The police are investigating and the murderer is in custody and cooperating. The family of the victims will hold a press conference soon, until then I am withholding judgement.

The fact that the murderer was an avowed “anti-Theist” (a form of militant atheism) has led the atheist community to face the same kind of questions that Muslims have to face when violence is committed by one of our own. Condemnations, self-examinations, and of course a fair measure of “no true Scotsman” type denial. The meta question of whether Islam or atheism contain the seed for violence is one that atheists are being forced to confront, from the opposite side of the fence for once. Normally, atheist forums such as /r/atheism at Reddit are full of judgement about Islam, but there is genuine soul-searching going on there today that I am heartened to see.

Of course there are those who insist on drawing a distinction without a difference between Islam and atheism in this regard. Here is a comment from reddit that is representative:

On the (non-)beliefs of the perpetrator: I agree, this is going to be a cudgel with which atheists will be beaten. And we could respond with counter-examples of how religious people have perpetrated the same or worse.

However, that sort of blame game is old hat, and could be interpreted as a sort of parity between religion and atheism. My plan is to respond by pointing out that there is no belief structure in atheism which could even theoretically have driven him to murder.

I left a terse reply saying in effect that the above was a cowardly statement. To their credit, they replied asking me to explain. Here is my elaboration:

I took issue with the assertion that there is no belief structure in atheism that could, theoretically, drive someone to murder. True, atheism by definition has no belief structures, but it does have ideological structure, that can and does serve the same purpose as belief in terms of providing a framework for extremism.

Stalin and Mao proved that effectively. I’ve read Dawkin’s attempt at “excommunicating” Stalin’s motives from atheism, but Stalin’s treatment of deist communities under his rule shows the a natural outcome of asserting religion to be a “delusion” and analogous to a “virus”, one that should by force of law be excluded from the public sphere.

I do not believe that Atheism by itself is sufficient to animate violence (as in NC) or genocide (Stalin) or anything in between. It does take a mixture of atheism with other ideas – such as racism, fascist politics, geopolitics, parking spaces – to add depth of motivation. The same, however, is true of Islam. If you assert that atheism alone is not sufficient to explain violence, I will agree. If you agree that Islam alone is sufficient to explain violence, I will disagree, and further it means you are showing less courage than I am asked to demonstrate as a practicing Muslim when I not only condemn violence by my putative coreligionists, but accept that there is an element of Islam in their motivations. I can not deny that jihadis are Muslim and I do not deny that they invoke religious language in their actions’ justification. I do, however, strenuously pushback against the idea that their interpretation of Islam has merit, solely because of their actions of violence. How can their violence legitimize their extremism? That is incredibly perverse, yet that is the dynamic. It takes courage to embrace that dynamic and argue that yes, Islam can be misused and no, Islam is not the cause. Atheists must not shy away from the analogous statement and try to pretend that their ideology is somehow pure and impossible to misappropriate.

Muslims do not need to condemn, and neither do atheists.

The organized atheist community is constantly complaining that there are not enough visible Muslims actively involved in doing charitable humanitarian work and generally making the world a better place to live. This guy managed to murder three Muslims who were doing exactly that, the kind of Muslims that we hold up as examples of the direction Islam needs to move in globally.

Bravo. I left a reply pointing him to the fact that in fact, these three Muslims were hardly outliers. Musims prevent terrorism every day by just living their lives, as well as cooperating with the FBI. 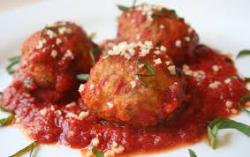