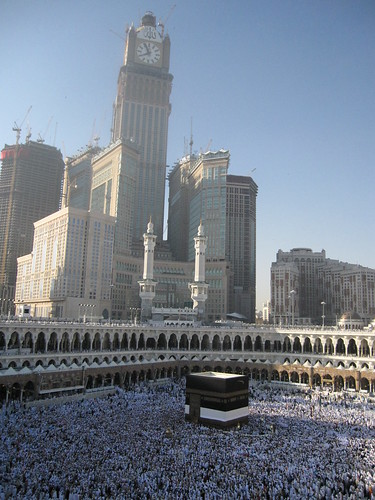 The above photo of the Mecca clock tower, or as I like to call it, “Big Bin”, was during my hajj a few years ago. It is part of my general observations of the “Meccahattan”-ization of the holiest place in Islam, the way that the Saudi religious authorities are utterly obliterating the historical wealth of architecture and history that is the birthright of every Muslim in favor of a soulless, capitalist, cynical and ideological crusade* to remake the holy city into their vision of a Salafist Las Vegas.

If I am harsh, it is because I am bitter about what has been lost already. But I was clearly not cynical enough – this news came as a shock even to me.

One of Islam’s most revered holy sites – the tomb of the Prophet Mohamed – could be destroyed and his body removed to an anonymous grave under plans which threaten to spark discord across the Muslim world.

the consultation document for the al-Nabawi mosque in Medina, by the leading Saudi academic Dr Ali bin Abdulaziz al-Shabal of Imam Muhammad ibn Saud Islamic University in Riyadh, has been circulated to the Committee of the Presidency of the Two Mosques.

Several pages of the consultation document have just been published in the presidency’s journal. They call for the destruction of the rooms surrounding the tomb – used by the Prophet’s wives and daughters, and venerated by the Shia because of their association with his youngest daughter, Fatima.

The document also calls for the Green Dome, which covers the tomb and these living quarters, to be removed, and the ultimate removal of the Prophet’s body to a nearby cemetery.

The al-Baqi cemetery already contains the bodies of many of the Prophet’s family, including his father who was removed there in the 1970s, Dr Alawi said. In 1924 all the grave markers were removed, so pilgrims would not know who was buried there, and so be unable to pray to them.

Perhaps we need a million muslim march on Mecca. Muslims across the world must condemn, or be complicit in their silence.

UPDATE: a comprehensive and lengthy theological discussion that refutes the Wahabbi assertion that building structures over graves is somehow shirk.

*yes, I chose that word deliberately. 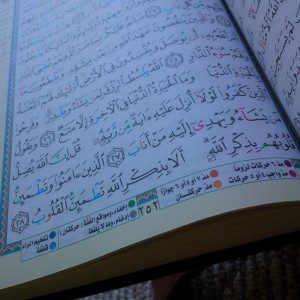