The Criterion: reading the Qur’an is the foundation of ibadat in Ramadan

Ramadan is one-third over. Unlike past years, I’ve not written as much about my observances this year because I’ve been dedicated to improving my ibadat (worship). I completely concur with my friend Shahed Amanullah’s concerns that Ramadan is beginning to see the same commercialization and mainstreaming that afflicts the Christmas season for Christians. Shahed asks how we as Muslims in the west might avoid losing sight of the spiritual significance of Ramadan, and I think the best answer is to turn to the fundamentals. Specifically, the Holy Qur’an.

This year, I intend to recite the complete Qur’an twice during Ramadan, which is a substantial challenge for me since one juz (chapter) takes me between 30-45 minutes to recite. Recitation of Qur’an is particularly laudable during Ramadan, as this was the month in which the Qur’an was revealed to mankind:

The month of Ramadan in which was revealed the Quran, a guidance for mankind and clear proofs for the guidance and the criterion (between right and wrong) [2:185]

Note the word, “Furqan” (criterion, or discernment) – the Qur’an refers to itself as the Criterion numerous times and there is an entire surah (Al-Furqan, [25:1-77]) that discusses its purpose as such. The Qur’an tells us that it is the guidebook and the template for a Muslim to have a virtuous life that will reap rewards in the hereafter rather than the mundane world. Certainly the interpretation of the Qur’an varies between Muslims, but we all share the source text in Arabic as a starting point, and there is no substitute for reconnecting to the text by reading it in the original Arabic as was divinely intended. When I recite the Qur’an, I do not do so for the purpose of interpreting the text, but as a purely devotional act, reciting the very words of the Divine aloud, embracing the poetic rhythm of the words themselves.

You do not need to understand the Qur’an or interpret it, for the spiritual benefit of reciting it to accrue to you. But as I have devoted my time to the Qur’an thus far, I have noticed that there is a peace that descends upon my soul during tilawat, a state of mind where the concerns about the material world, stress and conflict, fears and angst, all drop away. The Qur’an itself verifies this:

Verily, in the remembrance of Allah does the heart find consolation [13:28]

If Ramadan is the month in which we are tasked as Muslims to put aside our concerns for the material world – literally, by fasting – then the Qur’an is how our hearts find consolation and reassurance from those material concerns. The Qur’an is the fundamental element of ibadat that grounds all our myriad Muslim identities and communities onto common ground – not necessarily what the Qur’an says, but rather what it represents. Unlike communal prayer, reading the Qur’an is not a social act of worship but an intensely private one, the epitome of seeing a personal connection to Allah. Ultimately, religion is about finding a connection to the Divine and the Qur’an is the purest expression of that connection for the Muslim. The Qur’an truly is the foundation of our ibadat during Ramadan.

Related: some posts of mine from previous years about Ramadan: Ramadan as a meditation on nothingness (essence vs existence), Ramadan as the month of Jihad, and the paradox of time in Ramadan. Also in a more lighthearted vein: fasting in the sky (scraper) and the devil’s iftaar 🙂 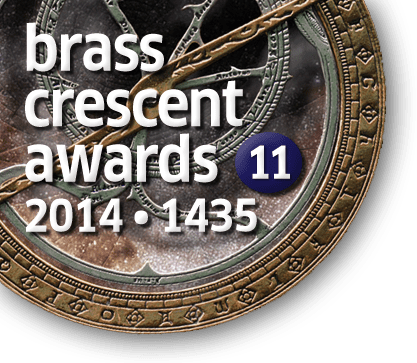