While the decision of when to observe Eid can be messy at times, that messiness is at least the process of honest decisions and judgement by Muslims free to make their own religious choices.

However, not all Muslims have that freedom. For example, Sunnis in Iran:

Sunni Muslims in Tehran have been banned from congregating at prayers marking the end of Ramadan.

Iran, a Shia country, ordered its Sunni minority not to hold separate prayers in Tehran for Eid al-Fitr, the Muslim festival that brings the month of fasting to an end. They were instead asked to have a Shia imam leading their prayers – something that is against their religious beliefs.

And violence against Shi’a in Pakistan:

The attack targeting Shi’a was the second such incident in the area in six months.

The bus was traveling from the city of Rawalpindi to the northern town of Gilgit, in a mostly Shi’ite area.

In China, the Uighur muslims have been facing persecution all of Ramadan:

The Chinese government has ordered restrictions on Ramadan observances in the northern province of Xinjiang, home to the majority of China’s Muslim Uyghur minority, leading Uighur leaders to warn of the potential for new violence in the restive region. Al Jazeera reports that party officials and students under the age of 18 have been banned from fasting during the Holy Month while government websites have urged local Communist Party leaders to impose further restrictions on religious activity.
[…]
Though mosques remain open for prayers, new restrictions have limited services. Foreigners have been banned from entering mosques and Muslims wishing to attend services must first display a national identity card as confirmation of their local residence. Public congregation after the services is prohibited and students are encouraged to avoid public prayer. 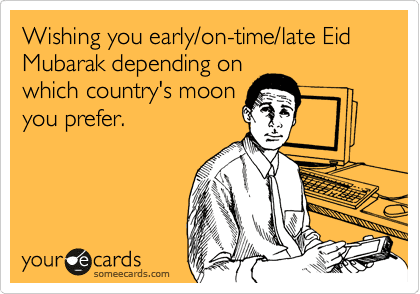