The dog days of Ramadan

Depending on your reckoning, Ramadan is now about a third of the way complete. The fasting tends to get easier over the course of the month, because we physically acclimate to the routine, and also because the days get somewhat shorter as we progress. However, the fact that the Islamic months are shorter (based on the lunar cycle) than the Gregorian calendar months (based on the solar cycle) means that Ramadan will steadily march towards summer solstice in coming years. Two years ago, Hesham Hassaballah wrote an essay anticipating the advent of the long fasts; now we have truly begun, and it will be even harder next year and the years after that. In fact, since Ramadan moves up about 11 days a year, it will actually be about ten years before Ramadan begins to intersect spring.
For most of us American muslims, we lack the schedule flexibility that muslims in other countries like Egypt have to reorient our routines around the fast. We simply have to continue our usual routines and accept the additional burden of fasting. But there’s a great article in the NYT that explores how the summertime fasts affect muslim youth, for whom just like everyone else summer is supposed to be, well, summer:

There is no prohibition against playing basketball during Ramadan, a monthlong period of fasting and self-reflection for Muslims, but it has the unfortunate side effect of dehydrating its players. “Since I get thirsty, I don’t want to play that much,” Jay explained. He has fasted from sunup to sundown each day since the holiday started Aug. 11. “So I play with socks and slippers. We all do.” He pointed to a friend, also an observant Muslim, sitting one bench down at the basketball court, in flip-flops. The slippers and flip-flops slow the boys down and send a clear signal: game not on.
The end of August can be an achingly melancholy season, tinged with regret and premature nostalgia for a summer not yet over. But for New York’s observant Muslim teenagers — most start fasting no later than puberty — summer as they knew it summarily ended when daytime fasting began curtailing their options. Out: jaunts to the beach (too thirst-inducing). Out: pizza lunch with friends. Out: playing basketball for keeps.

These kids are going to be in college by the time Ramadan eases out of summer! These kids are quintessentially American of course, but they also are adhering to their religious tradition, and are living proof that there is no inherent conflict. You just adapt. And that’s what our kids do – and it makes me really proud. And inspired.
As Hesham said in his essay two years ago – “It is through the willful deprivation of what is normally allowed that the soul is strengthened and piety is increased. Each time I reach for a cup of coffee or a cold soft drink–and realize that I can’t have one–I am reminded why I am doing this: For the love of God.” 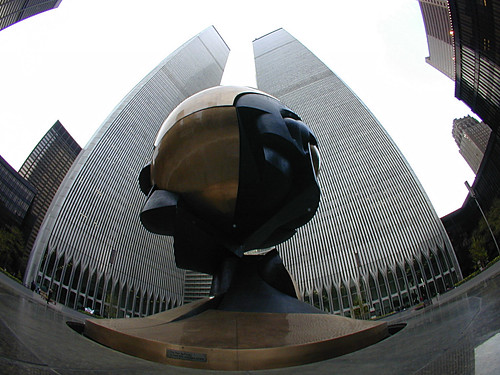