what mosque at Ground Zero? why all Americans have a stake in Cordoba House

When we speak of national tragedies like 9-11, we often focus on the word “tragedy” and neglect the word “national”. The measure of a national tragedy is how it affects everyone in the nation, often in different ways. For the muslim-American community, the impact was to wrench our attention away from our pressing issues: social justice, cultural preservation, and religious freedom. Instead, we became more focused on terrorism and defining ourselves as a community that was non-threatening and assimilative, spending enormous amounts of energy explaining to people who fundamentally did not care that we condemned hirabah, that we are classic immigrants in search of the American Dream, etc. We have been playing defensive on words like jihad, dhimmi, and shari’a – all words that have a genuine meaning and context, but which have become part of the political discourse and thus rendered as malleable and useless as “conservative” or “liberal”.

And what have 9 years of these efforts brought? The muslim smear against Obama was the first clue – not only it’s existence, but the fact that Obama himself never could bring himself to go beyond “I am not muslim” and say “and so what if I was?” The reason why is simple: Obama made the political calculation that the second part would hurt him too much – and he was probably right.

Which brings us to Cordoba House. This is a planned community center in Manhattan, would not be located “at Ground Zero” but several blocks away, further away than a strip club or a pornography shop. The project would bring a swimming pool, 500-seat auditorium, retail shops and more, greatly benefiting the local neighborhood. And yes, there would be a muslim prayer space. This is exactly the kind of thing that Anwar al Awlaki and Osama bin Laden most fear – muslims in America rejecting their call to jihad and instead embracing their identity as citizens of America and embracing their civic responsibilities to better themselves and their non-muslim neighbors. And in doing so, wage a true, effective jihad against terrorism.

The reaction to this has been utterly insane and hysterical. Protestors against Cordoba House picketed at Ground Zero and a public meetings intended as Q&A and engagement sessions was hijacked by islamophobes screaming epithets. In Houston, former city councilman Michael Berry even suggested that if Cordoba House was built, it should be bombed. The anti-muslim fervor has even spread beyond Manhattan, with protests against a project to convert an empty convent to a mosque on Staten Island, and nationwide an estimated 18 mosque projects have run into fierce opposition, with fears of terrorism being cited as a major concern.

(Let’s reiterate here that Cordoba House is not a mosque but a community center that would be open to people of all faiths. There would be a private area for muslim prayer set aside, but the majority of the complex would be for general community usage)

Let’s also remember that when South Park lampooned the Prophet Mohammed SAW, all muslim Americans with the exception of two idiots on a website accepted it as freedom of speech. Yes, we were insulted, and the cartoon was a “spit in our eye”. The right of South Park to depict the Prophet SAW was never an issue for us, however. For the same reason, the existence of Cordoba House may well be an unintentional insult to some, but freedom of religion is the higher principle here.

I will not budge in my belief that the fear and paranoia are not representative of the mainstream American mindset towards Islam. Local Christian and Jewish organizations have solidly supported the muslim American community in New York, as have the city’s business community and political leadership. The loudest voices are always a minority, but they do wield disproportionate impact over policy and contribute to an atmosphere of intellectual and religious persecution. Just as our Jewish cousins have done, we must be vigilant against any erosion of our community’s freedom of faith, and loudly and vigorously defend and rebut the notion that there is any inherent conflict between being muslim and being American. It falls to us to stand firm and be confident in our convictions that we are just like everyone else.

Related: great essays at Change.org and at altmuslim about why Cordoba House is an expression of American values, and a blow against the jihadists. I urge everyone, muslims and non-muslims alike, to join the Support Cordoba House page on Facebook. 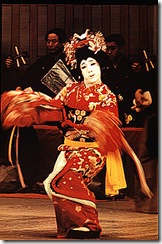