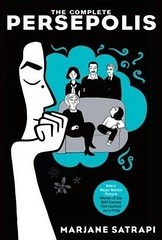 Today is the anniversary of the Islamic Revolution in Iran – the original one in 1979 which  overthrew the Shah and ushered in the era of theological “vilayat-e-faqih” rule by the Ayatollah.

There’s probably no better resource on the history and background of Iran’s history before and after the Islamic Revolution than the novel Persepolis by Marjane Satrapi (and it’s sequels).

This anniversary of the Revolution is unique, in that it’s symbolic value is being claimed by the Green Revolution protestors who see their struggle as the continuation of the revolution in 1979. There has been violence and clashes between anti-govt and pro-govt protestors during the official celebrations of the anniversary today. Unlike the deposed Shah, the regime still has a lot of support from mainstream conservatives in Iranian society, and the Green Revolution is exacerbating this purely internal tension.

It’s critical to understand that the Green Revolution protestors see themselves as the true heirs to the spirit of 1979 and the present regime as corrupt and having deviated from that ideal. The leaders of the reform movement – Moussavi, Rafsanjani, even Karroubi – are all old guard establishment figures who explicitly seek to reform the existing system, not revolutionize it. From the start, the protestors have embraced the 1979 Revolution and wrapped themselves and their cause in their faith, something I’ve actually critiqued*. It’s important to remember and emphasize this point, because much of the pro-Iranian right (who treat the Green Revolution as just another club with which to bash President Obama’s foreign policy) seems to believe that Neda Soltan died as a martyr for western democracy.

The truth is that Obama’s approach to Iran has been well-calibrated, by not interfering overly in the election protests (and thus giving the regime and excuse for de-legitimizing the Green Revolution by association with the US – which would have undermined the Greens’ Islamic credentials). Meanwhile, the Obama Administration made every good faith effort for negotiation over the nuclear program, but Iran has been unresponsive. Tehran’s recalcitrance has alienated its allies like China and Russia as the US calls for targeted economic sanctions. Had the US imposed sanctions right at the start without a year’s worth of diplomatic effort, it’s doubtful that there would be any Security Council resolve for punishment. If not for Obama’s policy, we could have been seen as a schoolyard bully; instead Iran is seen as a stubborn child.

Where does Iran go from here? Much of the answer to that question does depend on us – how we engage with Iran will certainly help shape its course. for example, if the rightwing had its way we would be bombing Iran right now. And the uncritical support for Israel by the US also skews our perspective of Iran, since the Israelis have largely succeeded in (falsely) painting Tehran as a literal existential threat to the Jewish people as a whole – Netanyahu’s self-serving rhetoric about Iran as Amalek exactly parallels anti-Semitic rhetoric about wiping Israel off the face of the map or pushing Jews into the sea.

But assuming that Obama can hold the narrow line, and succeed in keeping pressure on Iran with diplomacy and economic sanction, then the Green Revolution will play out inside Iran to its inevitable conclusion. After all, the Islamic Revolution only started in 1979. And the lesson of history has always been that a drive for liberty from within, always succeeds. If we give Iran the room it needs, it will indeed mature into something new, and wonderful.

*Note that the symbolism of Karbala at the time of Neda’s death was undeniable. I took issue however with making the explicit analogy during Ashura observances,

Related: see NIAC’s live-blogging of the celebrations and protests of the anniversary in Iran, including some must-see footage of protestors tearing down a photo of the Supreme Leader Ali Khamenei. Keep in mind that there are millions of Iranians who would find this incredibly offensive, and that the protestors though laying claim to 1979 do not yet have the support of all the Iranian people. Also, the Joy Cardin show is talking about Iran this morning, with noted Iranian historian and CUNY professor Ervand Abrahamian. 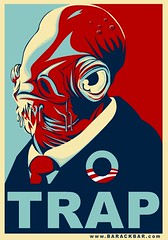 Republicans: It's a trap!
archives most recent
More from Beliefnet and our partners
previous posts