Dubai, city of the Pharoah, will fall

Johann Hari has a landmark essay in The Independent “The Dark Side of Dubai” that lays bare the facade of the glittering city of Dubai, peeling away the illusion of modernity and freedom to reveal a shocking substrate of slavery and exploitation at its foundation. It’s a depressing expose that ties together all the threads of Dubai’s decadence and failure. With the global crisis, the situation in Dubai has deteriorated even further, throwing the disparity between the city’s promise and reality into even starker relief.

Hari’s essay is a magnificent piece of work. It’s almost impossible to excerpt, but in the course of the essay Hari introduces us to people from the full cross-secction of Dubai society, from foreigners to the labor class. I can’t stress enough what an important piece this is toread for anyone who has been or is going to Dubai.
The reality of Dubai, as Hari ruthlessly reveals, is one built on literal slavery, where Pakistani and Bangladeshi men toil all day in the scathing heat building vast monuments and Filipino and Ethiopian maids are a legion of Cinderellas with no princes or fairy godmothers to save them. It is where expats who arrived “drunk on Dubai” are now in debtor’s prison or sleeping in their cars. Native Emiratis (accounting for 5% of the population) rationalize their paradise, reveling in their newfound modernity, in cargo-cult worship of idealized Western lifestyles. Wealthy Western tourists exist in a cultivated bubble of denial that would make North Korean or Cuban officials proud, and where the environment is so on the brink of collapse that literal faeces floats in the water and washes up on the beaches.
The on section of Hari’s essay I will excerpt is both the most hopeful and also the most depressing. It is where Hari speaks furtively to the few dissidents in Emirati society, meeting at a Dunkin’ Donuts in the mall:

But there is another face to the Emirati minority – a small huddle of
dissidents, trying to shake the Sheikhs out of abusive laws. Next to a
Virgin Megastore and a Dunkin’ Donuts, with James Blunt’s “You’re
Beautiful” blaring behind me, I meet the Dubai dictatorship’s Public
Enemy Number One. By way of introduction, Mohammed al-Mansoori says from
within his white robes and sinewy face: “Westerners come her and see
the malls and the tall buildings and they think that means we are free. But
these businesses, these buildings – who are they for? This is a
dictatorship. The royal family think they own the country, and the people
are their servants. There is no freedom here.”

We snuffle out the only Arabic restaurant in this mall, and he says everything
you are banned – under threat of prison – from saying in Dubai. Mohammed
tells me he was born in Dubai to a fisherman father who taught him one
enduring lesson: Never follow the herd. Think for yourself. In the sudden
surge of development, Mohammed trained as a lawyer. By the Noughties, he had
climbed to the head of the Jurists’ Association, an organisation set up to
press for Dubai’s laws to be consistent with international human rights
legislation.

And then – suddenly – Mohammed thwacked into the limits of Sheikh Mohammed’s
tolerance. Horrified by the “system of slavery” his country was
being built on, he spoke out to Human Rights Watch and the BBC. “So I
was hauled in by the secret police and told: shut up, or you will lose you
job, and your children will be unemployable,” he says. “But how
could I be silent?”

He was stripped of his lawyer’s licence and his passport – becoming yet
another person imprisoned in this country. “I have been blacklisted and
so have my children. The newspapers are not allowed to write about me.”

Why is the state so keen to defend this system of slavery? He offers a prosaic
explanation. “Most companies are owned by the government, so they
oppose human rights laws because it will reduce their profit margins. It’s
in their interests that the workers are slaves.”

Last time there was a depression, there was a starbust of democracy in Dubai,
seized by force from the sheikhs. In the 1930s, the city’s merchants banded
together against Sheikh Said bin Maktum al-Maktum – the absolute ruler of
his day – and insisted they be given control over the state finances. It
lasted only a few years, before the Sheikh – with the enthusiastic support
of the British – snuffed them out.

And today? Sheikh Mohammed turned Dubai into Creditopolis, a city built
entirely on debt. Dubai owes 107 percent of its entire GDP. It would be bust
already, if the neighbouring oil-soaked state of Abu Dhabi hadn’t pulled out
its chequebook.

Mohammed says this will constrict freedom even further. “Now
Abu Dhabi calls the tunes – and they are much more conservative and
restrictive than even Dubai. Freedom here will diminish every day.”
Already, new media laws have been drafted forbidding the press to report on
anything that could “damage” Dubai or “its economy”. Is
this why the newspapers are giving away glossy supplements talking about “encouraging
economic indicators”?

Everybody here waves Islamism as the threat somewhere over the horizon, sure
to swell if their advice is not followed. Today, every imam is appointed by
the government, and every sermon is tightly controlled to keep it moderate.
But Mohammed says anxiously: “We don’t have Islamism here now, but I
think that if you control people and give them no way to express anger, it
could rise. People who are told to shut up all the time can just explode.”

Later that day, against another identikit-corporate backdrop, I meet another
dissident – Abdulkhaleq Abdullah, Professor of Political Science at Emirates
University. His anger focuses not on political reform, but the erosion of
Emirati identity. He is famous among the locals, a rare outspoken conductor
for their anger. He says somberly: “There has been a rupture here. This
is a totally different city to the one I was born in 50 years ago.”

He looks around at the shiny floors and Western tourists and says: “What
we see now didn’t occur in our wildest dreams. We never thought we could be
such a success, a trendsetter, a model for other Arab countries. The people
of Dubai are mighty proud of their city, and rightly so. And yet…” He
shakes his head. “In our hearts, we fear we have built a modern city
but we are losing it to all these expats.”

Adbulkhaleq says every Emirati of his generation lives with a “psychological
trauma.” Their hearts are divided – “between pride on one
side, and fear on the other.” Just after he says this, a smiling
waitress approaches, and asks us what we would like to drink. He orders a
Coke.

What next for Dubai? As the economy collapses further, the situation can only get worse. Even Abu Dhabi’s oil revenue can only go so far in staving off debt; but as the ugly reality of Dubai gets more press, and the families of those trapped there share their plight via word-of-mouth, the illusion will collapse. The supply of slaves will dry up as fewer and fewer fall for the lies of the recruiters, and Dubai’s status as fashionable tourist spot for the elites will slip once the stigma starts to spread.
Utimately, the millions of gallons of water and the infinite credit lines will dry up in the acrid sun, and the land will reclaim the city, with the manmade islands and half-finished megaliths ultimately abandoned to the desert. And then, the words of Percy Bysshe Shelley will ring true: 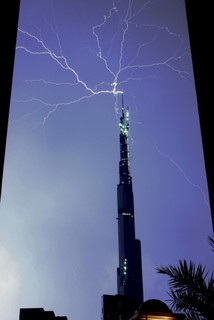 I met a traveller from an antique land
Who said: “Two vast and trunkless legs of stone
Stand in the desert. Near them on the sand,
Half sunk, a shattered visage lies, whose frown
And wrinkled lip and sneer of cold command
Tell that its sculptor well those passions read
Which yet survive, stamped on these lifeless things,
The hand that mocked them and the heart that fed.
And on the pedestal these words appear:
`My name is Ozymandias, King of Kings:
Look on my works, ye mighty, and despair!’
Nothing beside remains. Round the decay
Of that colossal wreck, boundless and bare,
The lone and level sands stretch far away.

Related: A photo-essay on Dubai’s past, present and planned future – with the latter utterly delusional in the modern economic reality. The Islamsphere has also been at the forefront of critique of Dubai – for example, a piece at altmuslim about the Burj al-Dubai tower entitled “the tower that slaves built“, my previous posts on Dubai at City of Brass, and the ongoing coverage of Dubai at Talk Islam.