The case of the attack on the Dayton, OH mosque just became murkier – police have thus far found no physical evidence of the chemical irritant:

The girl was watching children whose parents and relatives had
gathered at the Islamic Society of Greater Dayton, 26 Josie St., to
celebrate Ramadan when she noticed two men standing outside a basement
window about 9:40 p.m., according to police.

One of the men then sprayed something through the open window and
into the girl’s face from a white can with a red top, according to a
police report. The girl said she immediately felt burning on her face
and felt “sick to her stomach,” the report stated.

Other children and a woman in the room felt affects from the chemical and the mosque was evacuated.

“The men didn’t say anything to her (before she was sprayed),” Biehl
said. “There was nothing left at the scene or anything that makes us
believe this is a biased crime.”

HAZMAT crews called to the scene started testing for chemicals less
than 20 minutes after a member of the mosque called 911, team
coordinator Denny Bristow said.

“Whatever chemical was released it dissipated too quickly for us to
determine what it was,” Bristow said. “We can test for about 130 to 140
chemicals, including pepper spray, and all our tests came back
negative.”

Bristow said there were no chemicals found on the 10-year-old girl.

However, a discarded can of pepper spray was found near the mosque:

A can of pepper spray was found Tuesday, Sept. 30, near a local
Islamic mosque evacuated Friday after a girl inside was sprayed with a
chemical irritant.

Someone found the black can of pepper spray in a white and red bag
near the Islamic Society of Greater Dayton, 26 Josie St., and called
police, Lt. John Huber said.

Detectives are trying to lift fingerprints off the bag and can, Huber said.

It’s hard to know what to make of these new revelations. However, they do not discredit the story as told to police by the members of the congregation, they only obscure the details of the crime and the motivation behind it. It is unsurprising that no trace of the chemical was found on the girl’s face – after all, what’s the first thing you’d do if sprayed in the face by an unknown assailant? Stand around patiently waiting for HAZMAT to come take a swab? Or wash your face with cold water to try and remove the burning sensation?

Likewise, the fact that there was no trace of the chemical in the rest of the mosque is also not particularly notable. The story specifically says that the assailants sprayed the can into the girl’s face, and other members of the congregation were more mildly affected. Assuming the poor girl took the brunt of the assault, it’s not surprising that not enough of the chemical remained to do much harm to the rest of the people there. As the stories consistently note, it took the HAZMAT team 20 minutes to arrive on scene after 911 was called – note that websites selling pepper spray online explicitly state that the effects fade in 20-30 minutes, well within that time window. Unlike mace, pepper spray loses it volatility rapidly, which would also explain why only a few people were secondarily affected by the attack.

Of course, the chemical used might well have been something other than pepper spray, something which HAZMAT teams may not rotinely test for (I know that my eyes burn after casual use of Raid bug spray, for example). However, the discovery of a discarded can of pepper spray near the mosque is compelling circumstantial evidence.

There are those who will interpret the stories above, especially the first, as proof that the attack on the mosque was somehow fabricated for sympathy’s sake. This is effectively slandering the entire muslim community of Dayton, and requires them all, women and children included, to be part of some victimization-complex publicity stunt. Nothing in these new revelations undermines the claim that the mosque was attacked in any way.

As far as whether the attack qualifies as a hate crime or not, I think it’s a semantic distinction of no real importance. Whether or not the assailants are prosecuted under hate crimes law or under standard vandalism and personal injury laws is irrelevant – justice must run its course. However, if by way of analogy a similar incident had happened at a synagogue in New York (or even a church in Ankara), I don’t think there’d be any doubt in most people’s minds that it was motivated by hate. The problem with the term “hate crime” is that it’s been diluted to almost meaninglessness – for example, Patrick Buchanan invoked the term for the gradual disappearance of religious Christian symbolism from public displays, terming it “Christianophobia”. The inconsistent reporting of hate crimes also makes compilations such as the FBI’s 2006 report largely useless, except for tracking trends. The objective needs to be to find who is responsible, and prosecute them for their actions, not their intentions.

In terms of how the incident relates to the Obsession DVD, there’s certainly a climate of fear about muslims that is getting progressively worse, and it is under that climate that crimes of this sort flourish. Recall that in 2006, radio host Jerry Klein conducted an experiment on-air, musing that muslims should be forced to wear identifying marks like a crescent stitched onto their clothes. He expected that people woudl react with outrage, but instead:

The response was overwhelming “the phone lines jammed instantly”, Klein later stated that “The switchboard went from empty to totally jammed within minutes. There were plenty of callers angry with me, but there were plenty who agreed.”. While some callers said he was “off his rocker”, others insisted that his statement did not go far enough, calling for forced mass exile: “Not only do you tattoo them in the middle of their forehead but you ship them out of this country…they are here to kill us.” Others called for Muslims to be placed in concentration camps: “You have to set up encampments like during World War Two with the Japanese and Germans.”

At the end of the show he revealed that his statements were a hoax, saying “I can’t believe any of you are sick enough to have agreed for one second with anything I said. For me to suggest to tattoo marks on people’s bodies, have them wear armbands, put a crescent moon on their driver’s license on their passport or birth certificate is disgusting. It’s beyond disgusting … because basically what you just did was show me how the German people allowed what happened to the Jews to happen … We need to separate them, we need to tattoo their arms, we need to make them wear the yellow Star of David, we need to put them in concentration camps, we basically just need to kill them all because they are dangerous.” A week later, Klein also expressed surprise at how much international media coverage the story got. “You should know that I’ve received email from around the world, interview requests from the BBC and Channel 4 in England”.

That was two years ago, of course, but revealed the latent base of Islamophobia lurking beneath the surface. These sentiments rarely find mainstream outlets, but when they do, they are vociferous. Obsession and its forthcoming sequel The Third Jihad, for all the nuance their apologists invoke, tap directly into that wellspring of hate and deepens it. Don’t take my word for it – I have hosted the trailer for Obsession on this blog in the name of free speech, so watch it yourself and draw your own conclusions.

In fact, consider what the apologists for Obsession are really implying when they question the link between the movie and the attack. Is there really such a nationwide, systematic pogrom against mosques, such that the timing of the Dayton incident was truly coincidental, statistically speaking? I for one do not believe that there is such a campaign against mosques even remotely comparable to what the Jewish community faces every day, even though my own masjid in Houston was vandalized just last year. Problems with the definition of “hate crimes” aside, the FBI’s numbers do show that the overwhelming number of reported incidents  are directed against Jews, not muslims. Therefore, it is far more likely that the attack on the Dayton mosque was instigated by a recent event rather than arising naturally out of a latesnt Islamophobic impulse. The timing was too convenient to be coincidental, and only someone with deeply-entrenched prejudice could possibly suspend their common sense enough to argue otherwise.

I have argued before, and continue to believe, that Islamophpbia in America is not at a crisis point. But that doesn’t mean the problem is non-existent, nor does the difference in scale with anti-Semitism mean we should deny that the problem exists and is growing. The effective way to address it is to drop concern about the identity of the targets of hate, and simply work to publicize it and call it by name, irrespective of whom it affects. I think common cause with the Jewish community is essential in this regard – it would really b
e something amazing to see if, for example, the Anti-Defamation League were to broaden its membership and focus to muslim as well as Jewish targets. Or if CAIR (an organization that is largely ineffective at the national level, but has a lot of good people working in the state chapters) were to make a point of chronicling attacks on Jews as well as muslims. We’ve all seen this movie before, and the tactics of fascists are the same, regardless of their identity, or the identity of their victims.

As far as the Dayton incident goes, we as a community need to be patient and trust to the polie as professionals, and have faith in the system. The truth will come out and inshallah the perpetrators brought to justice soon enough. 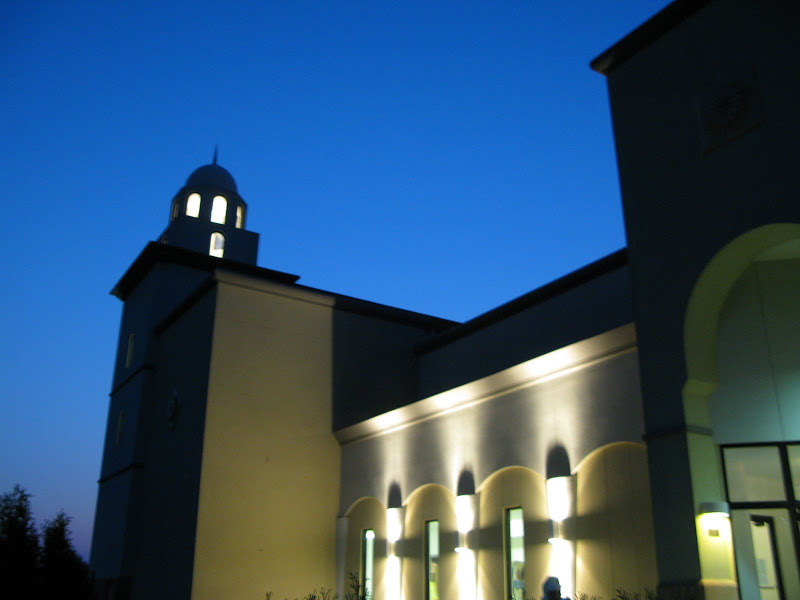