This powerpoint of unknown authorship has been making the rounds of Wall Street brokers, so Barry Ritholz embedded it online in Google Docs for all to share (click it to begin slide show):

One thing worth noting, and emphasized in the above, is that the entire crisis arose because of the assumption that house prices would always rise. That, in a nutshell, is why the entire conservative argument that the market is all-knowing and all-wise is fundamentally nonsensical. True laissez-faire economic policy will always result in abuse and short-term greed taking priority over long-term prudence.

However tempting it is to place the blame on the system for the crisis, however, some measure of responsibility rests on the putative homeowners themselves, who sought mortgages beyond what they’d normally be able to afford. The reasoning went, instead of a regular mortgage for $X,000, I can get an adjustable rate mortgage for $2X,000. Then I can refinance the mortgage later and pay a lower rate! Of course as the housing bubble collapsed, the ARMs’ rates increased rather than decreased and these buyers were left with mortgages they could not even remotely afford as the interest payments ballooned. That’s why the value of the securities referred to in the powerpoint collapsed, because these purchasers were defaulting on their loans left and right. The point here is that the homebuyers let their fascination with large homes beyond their means tempt them into mortgages that under prudent fiscal planning would have been obviously unwise. The dream of a big house in suburbia – which also relies on the assumption of cheap gas for the long commute, but that’s another assumption and separate issue – proved unsustainable in every way.

It’s also worth pointing out that the crisis as a whole is a direct
consequence of the central role that interest plays in the economy. The
less reliant you are as a consumer on interest, the more you are
insulated from the effects of the crisis. Abiding by Islamic principles
and avoiding interest is easier said than done, but it is still
possible – for example, there are schemes whereby the lender actually
buys the home outright and then sells it back to the purchaser in a
rent-to-own kind of scenario. The truth of the matter is that it will take longer to own your own house this way, and you won’t get as big or fancy a (first) house as you’d like, either. But living frugally is a virtue in and of itself… at least until you outgrow the first home and trade up. 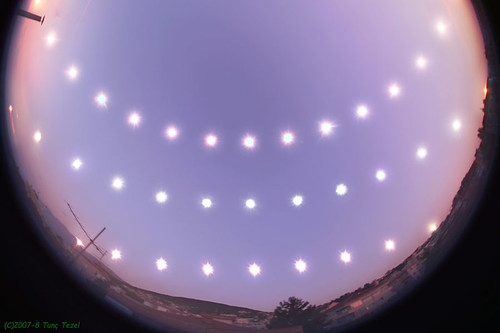