“Let us drag people from the church and stop conversions at any cost,” the president of the Hindu nationalist party said.

According to a watchdog International Christian Concern report, this rally was attended by less than 500 people, including prominent leaders of the Bharatiya Janata Party, a Hindu nationalist group.

“Let us drag people from the church and stop conversions at any cost,” Amit Sahu, president of the state unit of the BJP, shared with the crowd. He challenged them to make that region a “conversion-free zone.”

“We will frighten Christians who are involved in conversion work in the region…We will not allow the missionary work to be carried on in Bastar and will protect the Hindu religion by stopping the conversions,” Roop Singh Mandavi, another state BJP leader, told the gathering.

This situation has spread fear among local Christians in the region.

“We took a long breath after seeing the poor show in attendance…It was expected that 10,000 to 12,000 people would turn up for the rally. This was very concerning, but less than 500 people attended,” a Christian leader from Chhattisgarh said.

“Thought the rally was not successful in terms of numbers, the (Hindu nationalist) activists will be more aggressive. It is their plan to do reconversion programs, particularly in the villages and interior places. We won’t know about these incidents of persecution because of the remoteness of these areas. Only God can save His people,” a pastor from the Jagdalpur added.

There have been many incidences of violence against Christians in the area. A report by the Evangelical Fellowship of India documented 145 cases of atrocities against Christians. In that document, 22 attacks on churches and 20 cases of ostracization were reported.

“The violence, detailed in the report, itself was vicious, widespread and ranged from murder to attacks on churches, false cases, police immunity and connivance, and the now normalized social exclusion or boycott which is becoming viral,” the report notes.

There are also Indian states that have “anti-conversion” laws. These presume that Christian workers are forcing or giving financial benefits to Hindus in an effort to convert them to Christianity. 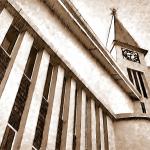