In separate incidents across the nation, several churches and statues of religious figures were severely damaged in several states.

These incidents are being investigated in light of recent protests over statues and monuments that some consider a form of white supremacy.

One state where vandalizing took place over the weekend was Florida. According to a Fox News report, a man crashed his car into the foyer of Queen of Peace Catholic Church before pouring gasoline in the church and setting it on fire.

At the time the incident took place, the Catholic church had its Saturday morning mass. After the fire was set to the church, the suspect sped off in his vehicle. They were later caught and taken into police custody.

The suspect in custody told law enforcement officers that he was on a “mission,” and that his actions were “awesome,” according to an affidavit report.

There has been an investigation launched. Police believe this incident may have been tied to the recent deconstruction of monuments to Roman Catholic priest Junipero Serro, who is seen as a symbol of oppression to indigenous activists.

In Boston, a statue of the Virgin Mary was engulfed in flames outside St. Peter Parish. The flowers in the hands of the statue, her arms and face were damaged, according to an NBC 10 news report.

Another statue of the Virgin Mary had the word “IDOL” spray-painted on it in New York. Fr. James Kuroly, who serves as president and rector of Cathedral Prep and Seminary in Queens, labeled the incident “an act of hatred,” Catholic News Agency reports.

“Obviously, this tragedy saddens us deeply, but it also renews our hope and faith in the Lord as he has shown his goodness in the many people who have already reached out to us,” Kuroly told the Catholic News Agency. “We are sincerely grateful for the help we have received as well as the prayers. Please continue praying for those who committed this act of vandalism and hatred toward Our Lady and the Church.” 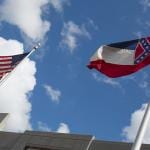