Chinese Christians Memorize the Entire Bible in Jail: “They Can’t Take What’s Hidden in Your Heart”

Wayne Cordeiro, pastor of New Hope Christian Fellowship in Honolulu, Hawaii, went to China to help train church leaders. He quickly learned that the Chinese Christians has a lot to teach him.

Cordeiro shared the touching story in a recent sermon at his church.

Cordeiro met with 22 Christian leaders, 18 who had been previously imprisoned for their faith. This group of leaders oversaw southern China with a total of 22 million people.

Some of the leaders took a 13-hour train ride to attend the leadership meeting, which was held in a 700-square-foot hotel room that had no air conditioning. They didn’t mind.

To understand the severity that the Chinese government is putting on Christians, Cordeiro asked one of the leaders what would happen if they got caught.

“Well, you will get deported in 24 hours, and we will go to prison for three years,” they responded.

At the start of their meeting, the pastor asked the group to turn to 2 Peter but realized they did not have enough Bibles for everyone. One women handed her Bible off to another, because she had already memorized the entire passage.

“When it was done, I went over to her at a break and said, ‘You recited the whole chapter,’” he said. She replied, “In prison, you have much time in prison.”

“Don’t they confiscate the Bible?” he asked.

The would smuggle Bible passages on small pieces of paper, and pass them off to one another so everyone could memorize.

“That’s why we memorize it as fast as we can because even though they can take the paper away, they can’t take what’s hidden in your heart,” she explained.

At the end of the training workshop, Cordeiro asked how he could pray for the leaders. One asked: “Could you pray that one day we could just be like you?”

“I will not pray that you become like us, but I will pray that we become just like you,” Cordeiro responded.

Cordeiro shared how different Christianity is in America verses China. The group of Christian leaders had come from far away to sit on wooden floors for three days, while in America if it’s not air-conditioned, padded pews and under an hour drive no one is coming. 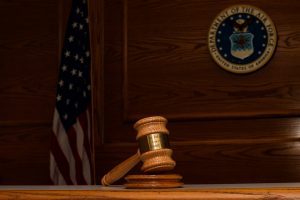