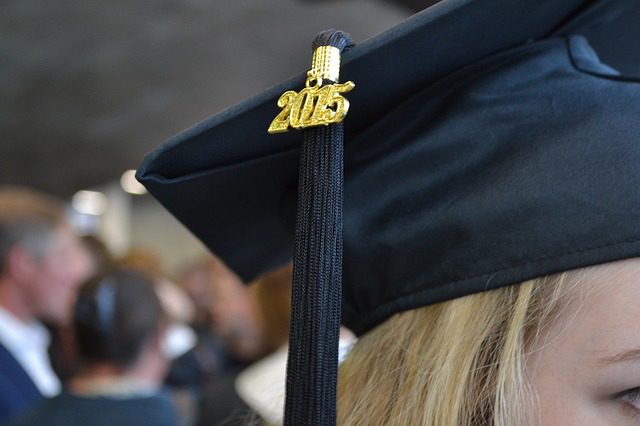 Sam Blackledge was the 2018 valedictorian of Illinois’ West Prairie High School. As per tradition, he had prepared a speech to give before his classmates during the graduation ceremony. Minutes before Blackledge was to take the stage, however, school administrators demanded that the 18 year old modify his speech. The ordered alterations included the removal of any reference to Jesus, God or Blackledge’s Christian faith.

Blackledge was heartbroken. “I never felt that feeling before. It was terrible. I felt like I wanted to cry,” he said. For months, Blackledge had planned to reference Jesus during the speech because Blackledge’s Christian faith is a core part of his identity. Instead, as he prepared to take the stage, he was told that he could not speak to his assembled classmates at all. Eventually the school administrators agreed that Blackledge could give a “very generic” speech so long as it contained no religious references.

Blackledge, however, saw that as deeply problematic. “The most important thing in my life is Christ,” he said. “Christ is the only reason I was a valedictorian. He’s the reason I got that 4.0. If it wasn’t for Him, I wouldn’t be up there. I was giving Him credit for that.”

In response to the discriminatory censorship, Blackledge is considering taking the issue to court. He has retained attorney Jeremy Dys from the non-profit group First Liberty Institute. Dys agrees that West Prairie High School’s actions violated Blackledge’s rights to freedom of speech and freedom of religion. “They actually violated the Constitution,” Dys said. “They’d do well to remember, as ‘Tinker v. Des Moines,’ the case in 1969, reminds us, that students do not shed their constitutional rights when they walk through the schoolhouse gates.”

Sadly, Blackledge is far from the only student in recent years to have been banned from referencing religion on graduation day. There has been a disturbing rash of similar censorship over the past few years, but Blackledge refuses to back down. “There’s always people out there that will go against what I have to say, and nobody always agrees, but I believe this is the truth,” he said. “It’s impacted my life.”

Blackledge is set to meet with the superintendent, Carol Kilver, but no one is entirely sure how the meeting will go. The school is also speaking with legal counsel and has refused to comment on the issue of violating Blackledge’s First Amendment rights. Still, Blackledge said that he has received the support of many in his community, and whether he is aware of it or not, he also has the support of Americans across the nation.