Why Do Those Royals Love Homeopathy? 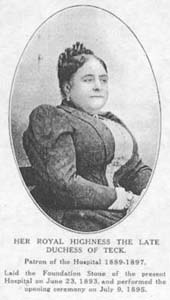 Here’s an especially delightful paper on the roots of the British Royal Family’s allegiance to homeopathy, the style of healthcare management that involves ingesting tiny pellets of greatly dilluted medicinal substances. Thanks to CM reader Lisa, who reminded me of this!

I don’t know that I agree with every word here, but it makes for fun reading. Here’s a provocative excerpt:

Royals might be attracted to homeopathy because it is rather nebulous, rather exclusive, rather special, ‘divine’ and private in the way they probably think they are. It is also a rare, elite and minority treatment reserved for the rich and for clerics: traditionally that has been the case. It panders to their arrogance and vanity perhaps, as it stresses the delicate, the subtle, the refined and eternal…I would mark out the exclusivity and the rarefied and vitalistic or divine nature of homeopathy as being especially important reasons in this list.

Another theme is that homeopathy is essentially organic and connects with all life, living forms, plants and insects, which to rural-obsessives as Royals often were/are, is another chord of resonance between them.

Homeopathy also very soon became a tradition amongst the aristocrats and Royals and they love nothing more than their traditions. Whatever their father or mother did, they also do. This theme of slavish following of tradition is deeply typical of their approach to life in general. So once something has ‘got into their veins’ as a darned good thing, then they tend to keep it and lavish upon it an amazing amount of devotion and loyalty. I suspect that private schools in UK use Arnica and Calendula in their sick rooms for precisely the same reasons: it is a tradition of the aristocrats.

Homeopathy also pandered to royal and aristocratic squeamishness and horror of leaching and purging, at a time when only they had the money to ‘try something different’. No surprise there really, we would all recoil from that approach I suspect.