Have a look at the following passage from Reverend Fr. Thomas Berry’s book “The Great Work: Our Way into the Future.”

“As we enter the twenty-first century, we are experiencing a moment of grace. Such moments are privileged moments. The great transformations of the universe occur at such times…What can be said is that the foundations of a new historical period, the Ecozoic Era, have been established in every realm of human affairs. The mythic vision has been set into place. The distorted dream of an industrial technological paradise is being replaced by the more viable dream of a mutually enhancing human presence within an ever-renewing organic-based Earth community. The dream drives the action. In the larger cultural context the dream becomes the myth that both guides and drives the action.”

What’s particularly fascinating about this statement is that it was published in 1999. Pre-9/11. Pre-widespread acknowledgement of global warming.

Thomas Berry is 93-years-old today and considered the greatest eco-theologian of our time. He served as adviser to the Clinton White House on environmental issues, and has been the inspiring force behind many leading environmental thinkers, both religious and secular. His writings follow in the tradition of philosopher-paleontolist-priest <a href="http://en.wikipedia.org/wiki/Pierre_Teilhard_de_Chardin" target="_new
“>Teilhard de Chardin.

Berry has been calling for a new cosmology for years, a new way of viewing our commitments to God, to our human family, and to the earth. If you haven’t previously read his books, you might find that his work has the power to set your own life and work in a new context.

Here’s an excerpt from a famous paper on EcoEthics Berry delivered to the Harvard Seminar on Environmental Values in 1996.

“…our western civilization has never taken [the] unity of the universe seriously because of our anthropocentrism both in our biblical religious and our Greek humanist traditions. We see the human as a princely resident on a planet that is completely lacking in any inherent rights that must be respected by humans…

I know that’s quite a mouthful. But I hope this moves you to read more. Apparently, Berry came to the conclusion that “commercial values threatened our planet” rather early–in 1922, when he was only eight years old! 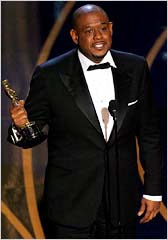