As my anti-Archie Bunker, I learned alot from watching Sherman Hemsley play George Jefferson on The Jeffersons.

Jefferson, as Archie used to call him, MORE than held his own when dealing with the racist Bunker.

Although a bit anti-white himself, to put it mildly, Jefferson enjoyed success because he understood that in America the color that counted most is green.

(How ironic is it then we seem to be having an attack on ‘green’, that is, making money, now by the president … though that could be another blog entirely).

Hemsley’s character had so many other qualities as well; smart, funny and caring to those around him.

Yes, caring as he once gave Edith Bunker a job when his neighbors were hurting and he also loved Florence the maid, don’t kid yourself about a “relationship” that lasted that long.

Hemsley went on to play a deacon in ‘Amen’, which enjoyed a five-year run and again portrayed African Americans in the positive light they deserve.

Here’s hoping George Jefferson mooooved on up … to the deluxe pearly gates … in the sky, eye, eye. 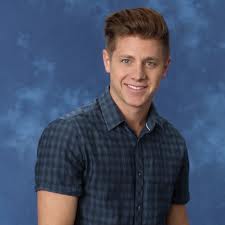 Is 'Bachelorette' Winner Jef Holm Nicest Guy Ever?
archives most recent
More from Beliefnet and our partners
previous posts