I told the bosses at BN when I was approved for this gig … writing TV features, that is … that I would find inspiring things to write about.

Well, today won’t be one of those days.

That’s because tonight Beavis and Butt-head return to the air on MTV after a 14 year hiatus.

As a truly enlightened duo you know they would go around the world and do go works and leave things better than they found them during that time.

Well, they did go around the world in some kind of movie adventure some years ago, but it was standard B&B fare.

The difference this time is they catch up with current events and stars, like Lady GaGa and various MTV shows, and comment on them.

I admit I watched bits and pieces of B&B in its first incarnation and mostly found it to be harmless nonsense.

I was wrong … very wrong.

While B&B are not responsible for the ills of this world, and there are many, they sure do reflect them and/or put a spotlight on them.

Talk about the dumbing down of America … these two are the perfect example of continuing brain rot in this country.

People either not voting or voting for who they did in the last presidential election and guessing that everything would be OK either way is a perfect example of that.

Returning B&B to television is a little like electing Jimmy Carter to be president in 2012 … when what we need is a lot more like Ronald Reagan. 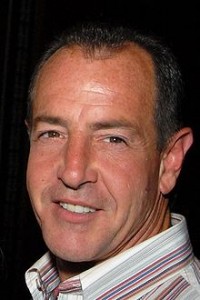 When Will Michael Lohan Learn?
archives most recent
More from Beliefnet and our partners
previous posts