Is it possible the United Kingdom is even more jaded than the United States?

After reading a review in the UK Metro of Jamie Oliver’s Food Revolution, which just wrapped up its season Friday on ABC, I would say yes.

Oliver tasked himself with trying to change the poor taste and quality of U.S. school lunches by focusing on its largest district: Los Angeles.

Ultimately through prodding and persevering Oliver did change some thinking and at least helped to get flavored milks out of schools there.

Not a big deal? It is when you think about the problem of diabetes in the U.S.

For whatever reason, the UK Metro newspaper blasted his efforts as the same old Oliver stuff:

“He goes to America, pokes some corn dogs, pokes some fat kids, looks a bit grumpy and then persuades local authorities to meet his demands through the magic of shaming them into agreeing with him on camera.”

Sheesh, talk about a case of no good deed goes unpunished … or uncriticized!

If we follow the thinking of mostly liberal papers around the world—though the UK Metro is typically conservative—then the message is sit back, continue to let things rot and don’t do anything about it.

Both the U.S. and U.K. have done plenty of that already and look where it’s gotten us: Two debt-ridden, fairly miserable societies on the brink of gosh knows what.

Thanks for fighting the good fight Jamie Oliver, and Ryan Seacrest deserves credit too as the show’s producer.

You did something good in a little corner of the world, so a tip of the chef’s hat to you.

follow matt aug http://twitter.com/#!/mattauge and/or friend me on facebook.com 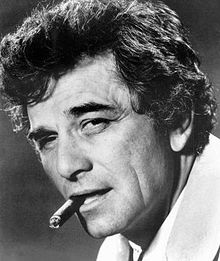