They may be movie stars, but the father and daughter tandem of Paul and Mira Sorvino are people too.

Mira, in fact, is a bit of a doting daughter these days due to her dad’s diabetes.

The pair were on the FOX and Friends news program Tuesday morning where Mira showed how to make a diabetes-friendly Apricot Raspberry Crumble.

Paul Sorvino, famous for roles in GoodFellas, Reds, The Gambler and TV’s  Law and Order, among other roles, and Mira, known for her work in Mighty Aphrodite and Romy and Michele’s High School Reunion, also appeared on Good Day NY to promote their cause.

Over 25 million Americans reportedly have diabetes, with an estimated 7 million more who remain undiagnosed.

The Sorvinos are also supporting www.DiabetesCoStars.com with a nationwide recipe contest.

A little love and a change in diet can go along way when it comes to coping with diabetes, whether you are a movie star or not. 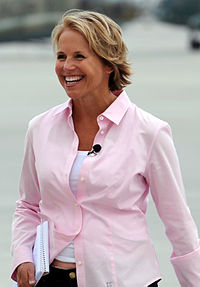 Katie only greaty in morning; Couric should be on 'GMA'
archives most recent
More from Beliefnet and our partners
previous posts