A Boss Is A Boss, Except “Undercover Boss”

I have been accused over the years of being a suck up to the boss for occasionally trying to see things his/her way.

That said, it has been really gratifying the FEW times a boss has gone out of his/her way to see things MY way.

The very basis of the TV series “Undercover Boss” is when an owner or key executive of a major company humbles himself or herself and takes on some of the jobs, big or small, it takes to make things go.

The CBS program, which airs Sunday nights and just completed its second season, is “must see TV” to borrow another network’s former slogan.

The “boss” has to be humble and have a sense of humor to even be willing to go undercover  and do tasks they no longer “have” to do. Most of the bosses appear to be human and even, gasp!, likeable.

The best part of the show is the interaction between the boss and his employees during the undercover portion of the show. The owner of Baja Fresh, for instance, prayed with one of his workers not once, but TWICE!

It was appropriate CBS aired those segments and they didn’t wind up on the cutting room floor.  “Undercover Boss” works in more ways than one … check it out on cbs.comhttp://www.youtube.com/watch?v=YWbl9-3zCUE 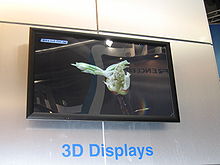 3D or not 3D ... That Is The Question
archives most recent
More from Beliefnet and our partners
previous posts