Gay Marriage in New York and the Coming Persecution of Catholics 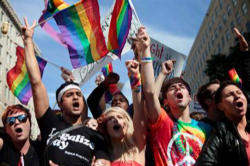 Last week in New York the homosexual equivalency agenda advanced their cutural revolution and dealt one more blow against marriage – and the family and society founded upon it. I call this effort a “homosexual equivalency movement” to reflect the goal of its leaders. They are dedicated to building a society where the positive law of the Nation forces us all to call to be a marriage what can never be a marriage – or face the police power of the State.

The leaders of the homosexual equivalency movement insist that homosexual sexual practices are morally equivalent to the sexual expression of marital love between a man and a woman. They are dedicated to building a society where the positive law of the Nation forces us all to call to be a marriage what can never be a marriage – or face the police power of the State.

They are using the courts and the legislatures to enforce this cultural revolution. They scored what they believe was a decisive “victory” for their brave new world in New York last week. History will prove them wrong. It has in the past when such efforts failed. One only has to look to ancient Rome. There we also discover a growing intolerance toward faithful Christians who defended the truth about marriage against efforts to give an equivalent status, under the law, to homosexual relationships.

Sadly, even those who knew they were doing something which violated the Natural Law and threatens the common good – voting to call something a marriage which can never be a marriage – succumbed to the pressure of the mob last week. And the mob celebrated in the streets of New York on Sunday. The mob also placed on display some of the behaviors which will soon be protected by the positive or “civil” law of the State.

The Catholic Bishop of Brooklyn, Nicholas Anthony DiMarzio, published an op-ed in the New York Daily News entitled “Passage of gay nuptials in New York State is another ‘nail in the coffin’ of marriage.” He released a statement after the vote in which he noted “This issue has been framed as upholding marriage equality. This is not the case since one of the principal purposes of marriage is to bring new life into the world. This cannot happen in same-sex marriage. It is not a civil rights issue, but rather a human rights issue upholding the age-old understanding of marriage. Our political leaders do not believe their own rhetoric. If they did, how in good conscience could they carve out any exemption for institutions that would be proponents of bigotry and prejudice?”

The truth about marriage is not simply a “religious” construct.  The Natural Law reveals – and the cross cultural history of civilization affirms – that marriage is between a man and a woman, open to children and intended for life. Marriage is the foundation for the family which is the privileged place for the formation of virtue and character in children, our future citizens. The family is the first society, first economy, first school, first church, first hospital, forst society, first civilizing and mediating institution and first government. It is built upon the solid foundation of true marriage and no counterfeit will provide the necessary ground for its flourishing. 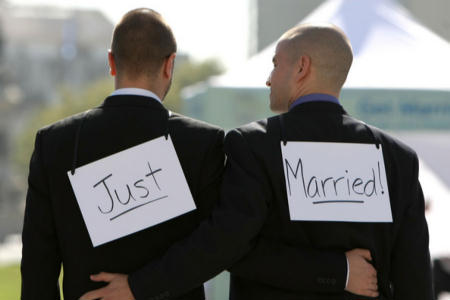 In his apostolic exhortation on the Eucharist, the Sacrament of Charity, Pope Benedict summarized the duty of the Catholic faithful when confronted with this assault on authentic marriage:  “Marriage and the family are institutions that must be promoted and defended from every possible misrepresentation of their true nature, since whatever is injurious to them is injurious to society itself.” So, get ready, Catholics, at least believing Catholics, will not back down.

The Congregation for the Doctrine of the Faith of the Catholic Church wrote in 2003, “The Church’s teaching on marriage and on the complementarity of the sexes reiterates a truth that is evident to right reason and recognized as such by all the major cultures of the world. Marriage is not just any relationship between human beings. It was established by the Creator with its own nature, essential properties and purpose.

“No ideology can erase from the human spirit the certainty that marriage exists solely between a man and a woman, who by mutual personal gift, proper and exclusive to themselves, tend toward the communion of their persons. In this way, they mutually perfect each other, in order to cooperate with God in the procreation and upbringing of new human lives.”

What the Catholic Church teaches about marriage is not only a “religious” position, though it is certainly affirmed by revelation. It is objectively true and cannot be changed. In this age which Pope Benedict XVI rightly called a “Dictatorship of Relativism”, such truth claims elicit anger among the new cultural revolutionaries. The anger will only grow as the clash of world views becomes even clearer.

In the long run, this effort in New York to call a marriage what can never be a marriage will not endure. The truth will prevail and the real common good of society will be protected. However, it will feed what is becoming a  growing persecution against Catholics, other faithful Christians and any others who insist that a marriage is what it is – and not what the new Caesar decrees.

The so called “religious exemption” elements within the legislation were a ploy to placate those who might otherwise see the obvious bigotry which this legislation entails. “Exempt” the Church out of the public square by forcing faithful Christians, Jews and others who insist on the importance of marriage – and the and family and society built upon it – into their own ghettos. Maybe then they will  leave everyone else alone.

In the warning issued before the vote by Archbishop Timothy Dolan of New York, “You are claiming the power to change what is not into what is, simply because you say so.” Sadly, even some Catholic legislators sold out. They did not understand what their Church proclaims about true marriage. Like the truth she proclaims about the dignity of every human life, from conception to natural death, the truth about marriage is written in the Natural Law. 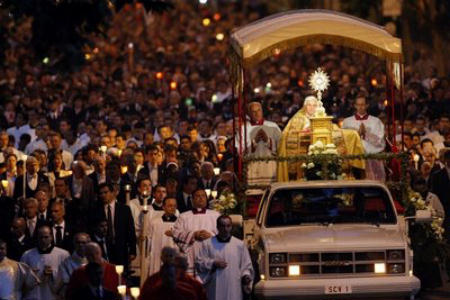