Why Does the Catholic Church Oppose Stem Cell Research? Answer: It Doesn’t! 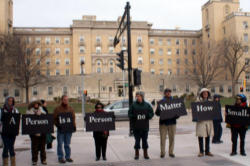 How many times have you heard the charge that the Catholic Church opposes “Stem Cell Research”? You know  – the insinuation is that this antiquated remnant of the middle ages, run by old men, is somehow impeding human and scientific progress. Well, not only is the claim absolutely untrue from a factual perspective, it is sometimes an example one of the last acceptable prejudices, Anti-Catholic bias.

Among the worst examples of using language to deceive and hide the truth is the failure to differentiate between human EMBRYONIC stem cell research and ADULT stem cell research.  I have concluded that blurring these two very different areas of medical research may be an intentional act on the part of some who are hell bent on killing human embryonic persons for experimentation.

Oh, I know, some people will gasp when they read such a statement. However, given the amazing breakthroughs occurring with adult stem cell research and the lack of coverage they are receiving, I am left with no alternative. Let’s consider a few examples from just the past month.

Scientists from the Schepens Eye Research Institute in Boston, Massachusetts announced the results of a study this month wherein they used stem cells which they derived from ADULT skin to actually re-grow areas of the retina and improve vision. Chinese researchers announced they have taken stem cells derived from ADULT skin and prompted them to become liver cells, thereby restoring a liver in a laboratory animal.

Finally, this month’s prestigious New England Journal of Medicine reports that scientists have discovered that ADULTS have stem cells within their lungs which are capable of being used to regenerate damaged lungs. That’s right, they found “undifferentiated human lung stem cells nested in niches in the distal airways. These cells are self-renewing, clonogenic, and multipotent in vitro.” 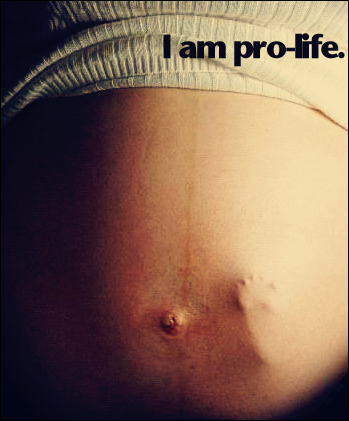 In 1987 the Congregation for the Doctrine of the Faith of the Holy See issued an outstanding instruction entitled “Instruction on Respect for Human Life in its Origin and on the Dignity of Procreation”. Among the many questions answered  was, “What Respect is due to the human embryo, taking into account his nature and identity?” The answer: “The human being must be respected – as a person – from the very first instant of his (her) existence.”  The entire outstanding document can be read here.

In an even more recent instruction entitled the “Dignity of the Person” issued in 2008 the Congregation reminded us that science must be placed at the service of the human person, the family and the common good. Any use of new technologies must respect that the human body is never an “it” – but an “I” – some-one who must never be treated as an object, “The body of a human being, from the very first stages of its existence, can never be reduced merely to a group of cells. The embryonic human body develops progressively according to a well defined program with its proper finality, as is apparent in the birth of every baby.”

This excellent defense of the dignity of life begins with these words, “The dignity of a person must be recognized in every human being from conception to natural death. This fundamental principle expresses a great “yes” to human life and must be at the center of ethical reflection on biomedical research, which has an ever greater importance in today’s world.” Let’s be honest, the efforts to promote the tired old “Catholic Church is against science” argument is often  perpetuated by those who simply do not like the Catholic Church’s uncompomising defense of the dignity of all human life, at every age and stage.

Every one of us is in development at every moment of our lives. In fact we more more humanbecomings than human beings. The “me” who is 56 years old is the same me who was once 26 years old, or six years old, or six days old. At the very moment of conception this unique “me” came into human existence as a human person, a human being. We all know this to be true. No stage of our human life and development is less worthy of respect than another.

ADULT stem cell research has produced extraordinary results and someone doesn’t have to die in the process. The Obama administration’s favoring of the deadly use of embryonic stem cells in spite of the medical science which shows that adult stem cells actually produces results (and their extraction never kills) is morally repugnant and an egregious misuse of federal money. Insisting that the Catholic Church opposes authentic scientific progress which respects the dignity of human life is often misinformed. Sometimes it is an example of anti-Catholic prejudice.

Needed: Morally Coherent Christians who are Responsible Citizens
archives most recent
More from Beliefnet and our partners
previous posts