With the first US Presidential debate of the season behind us campaign 2012 is underway in the United States. The issues presented in an election of such significance will immediately engage the entire Christian community. Putting aside the schizophrenic notion that we can ever separate the “moral” and “social” issues from everything else (which Christians, indeed all rational people must reject) the debates are underway concerning the so called “hot button” issues. We must be a part of the process.

At the top of the list of these “hot button” issues are legalized abortion on demand (currently the law of the land), defending marriage – and the family and society founded upon it – and what obligations we have to the poor and how we should properly discharge them. Laced throughout is the underlying question of the nature and role of good government. While the topics lend themselves to many future articles, I want to put out a call for coherent Christians with a world view to step up and do what they must, participate in this campaign as though tomorrow depends upon it, because it truly does.

We need to reaffirm the coherence between faith and life, Gospel and culture which should be at the heart of a Christian World View. Yes it is true; we must avoid any error which views the political system as capable of building a heaven on earth. That kind of misguided utopianism is mistaken on many, many fronts. However, the other extreme of acting as though our social, economic and political participation does not matter, is even more dangerous. The biblical adage “To those to whom much is given, much more will be required” should haunt us, in a good way. Christians are the ones most responsible for living coherently and doing what we can to infuse the values informed by our faith into the culture in order to elevate it and make it more human.

This is an extremely important election. We can determine the outcome – if we act in a manner which is what the Vatican Congregation for the Doctrine of the Faith called “morally coherent”. That phrase was used in an instruction released on the Feast of Christ the King in 2002 entitled a “Doctrinal Note on some questions regarding the Participation of Catholics in Political Life”.   The clear instruction in the Doctrinal Note is reflected in the teaching of the  “Compendium of the Social Doctrine of the Church” (See, e.g. #565-574) Here is an excerpt:  “The social doctrine of the Church is not an intrusion into the government of individual countries. It is a question of the lay Catholic’s duty to be morally coherent, found within one’s conscience, which is one and indivisible. 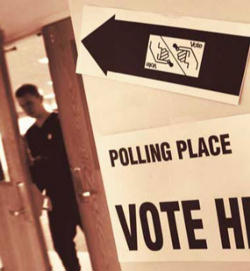 “’There cannot be two parallel lives in their existence: on the one hand, the so-called ‘spiritual life’, with its values and demands; and on the other, the so-called ‘secular’ life, that is, life in a family, at work, in social responsibilities, in the responsibilities of public life and in culture. The branch, engrafted to the vine which is Christ, bears its fruit in every sphere of existence and activity.”

How we are living our Christian faith in the midst of an increasingly hostile age? Are we defending those whose lives are at risk, such as our youngest neighbors in the first home of the whole human race, their mother’s womb? The attacks on true marriage are increasing in their severity. We are being invited to compromise for our own convenience and tempted to accept the rulings of Judicial Oligarchs and Alchemists who think that they can change the nature of this institution by the stroke of a pen. How are we responding?

The opponents of the fundamental human Right to life and the objective nature of true marriage have many collaborators in political office – some of whom are apostate Catholics and other Christians. They are beginning to wield the figurative sword of temporal power against us. The truths which are taught by the Sacred Scripture and the Church on these matters are also revealed within the common patrimony of the Natural Law. They are increasingly rejected in an age struggling under what was called by Pope Benedict XVI a “Dictatorship of Relativism.”

The most egregious example among the “hot button” issues is the truth concerning the dignity and inviolability of ever human life. The fundamental Right to Life is revealed by the Natural Law and confirmed by medical science. No-one with any credibility any longer argues that the child in the womb is anything other than a human being, in development, as we all are. Medical science confirms what our conscience has long told us.

We reach in and operate on her when she is in the womb. The majority of States now prosecute the offender when a child in the womb is killed in an automobile accident involving negligence. Also, make no mistake, intentional abortion has been rejected by the Christian Church from the first centuries. Any claim to the contrary is a lie. Those Christians who intentionally or unintentionally defend the alleged “right” to reach within the sanctuary of the womb and kill that child are committing an egregious sin. The child in the womb is our neighbor and we all know it is wrong to intentionally kill any innocent neighbor. 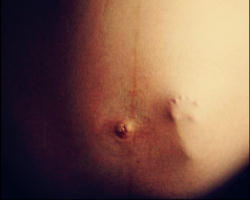 The sophistry of the “freedom of choice” rhetoric cannot hide the objective truth of what happens with every procured abortion. The child has no choice. The real Right at risk is the fundamental human Right to Life which is the foundation of our Positive Law. It is revealed in the Natural Law which can be known through the exercise of reason. The so called “abortion right” was manufactured by a renegade court and carves out an entire category of human persons who can be killed without protection, thereby depriving them of that Right to Life.

These two concerns, life and marriage, are certainly not even issues. They are the very ground of any discussion of building a truly just and human society. Because we believe that every single human person has dignity, at every age and stage and throughout the continuum of life, we must care about the poor. Because we recognize marriage and the family founded upon it as the first society, we have learned how to build a healthy and propserous society within which we can all flourish.

I have learned that long articles do not get read, so I will stop here. However, I must warn my readers to beware of the “religious two step” of those who oppose Christian involvement in politics. It is easy to recognize. The new religious censors argue that our positions defending life and marriage are “religious” and therefore must be kept out of the public debate. Such a misguided notion of the role of religious persons and religiously informed ideas in the public square is insidious, but I will save that for another article.

Even more dangerous is the effort to dismiss a respect for human life and an insistence on defending true marriage with contrived sophistry masquerading as civil or human rights concerns. Our insistence upon respecting the dignity of every human life is revealed in the Natural Law and knowable by reason. It is the basis of the criminal codes we have in free societies which outlaw killing and other related acts against innocent human persons. If the child in the womb is one of us, he or she must be protected against being killed. that’s the real civil and human rights issue!

Similalry, marriage as capable of existing only between a man and a woman, intended for life, and open to the bearing and rearing of children, is affirmed cross culturally and forms the basis of Western Civilization. Marriage and the family founded upon it is the first society, the first school, the first government, the first economy, the first school and the first mediating institution. Efforts to call other types of relationships – between heterosexual or homosexual paramours – the legal equivalent of a marriage – and then require they be given the protection of the police power of the State – does not serve the common good. Our defense of marriage is not simply a “religious” position, it is the truly just human and civil rights position.

Our involvement in the upcoming political campaign and the election is not about simply protecting ourselves or our interests. It is about serving the true common good. What is needed, ow more than ever, are Coherent Christians who are responsible citizens. 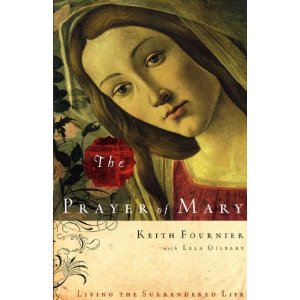 Happy Mothers Day: Jesus Called Her Mother and So Can We
archives most recent
More from Beliefnet and our partners
previous posts