She Was My Go-To Person 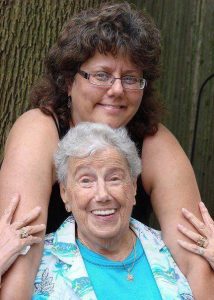 Today would have been my mother Selma’s 95th birthday. Hard to imagine that I have been honoring her arrival on the planet coming up on nine years after she ascended from it. She is still such a presence in my day to day. My mind still sees her, my ears still hear her and my heart knows she is just a thought away. Her last breath in this lifetime was taken on November 26, 2010. I was not by her side as I so wanted to be, but she orchestrated it that way. My sister Jan and I landed in Ft. Lauderdale hours afterward. None of her regular caregivers were with her on the day after Thanksgiving. That year had me feeling eternally grateful that we chose each other as mother and daughter. She had given them the weekend off, including her live- in person Claudia whose Yorkie named Disney was my mother’s stalwart companion who would jump up on the hospital bed that took up a portion of her living room and snuggle with her. I am convinced that the little ball of fluffy love kept my mom around longer. A substitute hospice nurse and aid, as well as live in caregiver were with her at the end.

This morning, I woke in the wee hours remembering what a force she was in so many lives. She taught us confidence with her signature line, “Walk in like you own the joint.” She was an expert at kissing boo-boos (physical and emotional) and making them better. She encouraged our lifelong learning as everything became a lesson. When I went to regular doc visits for asthma treatment as a child, the office became a classroom. Flashcards and vocab exercises where she would spell a word and I would tell her what it was and what it meant or I would come up with a word for her to do the same kept me occupied while I waited to get stuck with needles filled with allergy treating serums. She and my dad instilled a love of reading.

She enjoyed time with her kiddos…how many mothers say they feel sad when they go back to school since they have so much fun with them over the summer?

She was a consummate listener and confidant, even if she didn’t know the answer to problems and modeled that for me. Over the years when sitting with clients I found that the most powerful healing can take place that way. She had no formal education post-high school (Olney High School, class of 1942, in Philadelphia) but was worldly wise with keen emotional intelligence. She rose to any occasion presented to her including the death of her father Edward for whom I was named when she was 18 and her mother Henrietta (who I dubbed Giggie since I couldn’t pronounce anything remotely like grandma and the appellation stuck)  when she was 38 and I was four. A gift she gave me a few months before she passed, was my grandmother’s engagement ring. I wear it in their honor and when I look at it, I feel their shared presence palpably.

My favorite adult photo of the two of us was taken at my friend Phyllis Wright’s mother’s birthday celebration. It clearly shows her bright and playful spirit and the bond between us that ain’t goin’ away. When she died, she left an amazing legacy of love. There are times when I aspire to be like her and times when it feels exhausting to attempt to keep up with her example. She was ‘the rock’ that everyone would lean on. I would often tell her that rocks crumble. I have lost a few pieces of my own sculpture as the stone got worn away by the water of life and winds of change. I hear her in my head. I sometimes find myself saying things that she would have said and even with the same voice inflection….maybe another article is in the works, called Channeling Selma. In my entire life, I never heard anyone say a bad word about her. Not that she was a saint. She had her mishegoss (Yiddish for craziness) working at times. I inherited some of it.

She was everyone’s cheerleader, seeing the good in them and letting them know. She was effusive and didn’t hold back telling folks how she felt about them. People felt treasured in her presence and grateful to be her friend. She maintained lifelong friendships. Some from her childhood and others from when she and my father moved to Florida in 1998. Her neighbor Diane was like another daughter, her ‘angel,’ as she referred to her since (bless her,) she, her husband Gary and grandson Cody, took care of my mom and my dad in their later years.

She took the role of second mom to many of my friends. She called them ‘Babycakes’ which is how she referred to Jan and me too. I volleyed back with the name Mamacakes.

She lived the classic line from the song, Nature Boy, “The greatest thing you’ll ever learn, is just to love and be loved in return.” (This was written by Eden Ahbez and her favorite version was sung by Nat King Cole) She would have loved her great-granddaughter Aryanna and her daughter-in-law Lauren, grateful they were added to the family lineage. She would be proud of her grandchildren Adam, Rachael, Peter, and Bobby.

I miss my go-to person who I would talk to a few times a day toward the end of her life. I ask her for guidance in the midst of doubt. When she was 60 (the age I am now), I wonder if she harbored self-doubt about aging. She was still five years away from retirement from her job as a switchboard operator at Sears. She had adult daughters who were successfully launched. She had a husband she adored (it was mutual) and a large circle of friends. She was an active volunteer throughout her lifetime, setting that example for us. Paradise in South Florida awaited her as she would eventually sit on the screen porch and watch the butterflies under the shade of the palm tree or hang out at the pool on the lounge chair with her book or spend time with her ‘badass babe’ friends, as I called them. They weren’t pleased with that title, but I loved teasing them.

Here’s to you, Mamacakes! I imagine you enjoying chocolate cake with daddy as you celebrate together. Would love a message from you today. Hippo Birdies Two Ewes.

read next post
What Is Your Growing Edge?
archives most recent
More from Beliefnet and our partners
previous posts