On the Basis of Sex: Movie Review

As I am typing these words, the esteemed Supreme Court Justice, Ruth Bader Ginsberg is at home recuperating from lung cancer surgery. At 85, this resilient woman bears the affectionate moniker ‘Notorious RGB’ for her tenaciousness as a staunch advocate for gender equality. After watching the film, I can comprehend what forged her iron will and resilience. Given her history, as the daughter of a mother who died before Ruth graduated High School, who raised her to be a woman of valor, she learned how to stand firm in the face of adversity. Her mettle was tested as one of the few women admitted to Harvard Law School in 1956. As the movie begins, she is walking with determination in a sea of dark suits, wearing a vivid blue skirt and jacket as a contrast. Bader Ginsberg’s physical stature belied her larger than life presence over the past eight and a half decades. What was particularly remarkable was the ability to have strong work/home balance as she and her husband Martin, portrayed by Armie Hammer, with devotion saw her as a co-equal. They raised two children; one while they were both in law school and the other following graduation. They were true partners as the film shows them sharing household responsibility, which was an anomaly in those days and when he was diagnosed with cancer, she took on the role of caregiver, while sitting in on his classes and typing his papers in addition to her own studies and class time. At the dining room table where they worked, the manual typewriter was clicking away as she took dictation. She had two files with each of their names on them, so she could shift gears.

Bader Ginsberg, played by Felicity Jones faced discrimination from the onset of her time at Harvard. Male classmates look at her askance, professors deliberately avoided calling her in classrooms when she clearly had her hand raised. She proved her knowledge at every turn and was a passionate orator. When she graduated from Columbia Law, having transferred after Martin got a job in New York City as a tax attorney, she had already been the first woman to be on the Harvard Law Review and Columbia Law Review and she was tied for first in her class. That didn’t carry any weight with numerous firms with whom she interviewed. The reasons for not hiring her were patently based on her gender. One potential employer seemed empathetic and for a moment, looked like he would offer her a position with the firm until he glanced at her decolletage briefly and uttered words that indicated that they were all a tight-knit family there and the wives of the male attorneys (the entire staff at that point) would get jealous if he were to hire her. Frustrated and demoralized, but once again, resilient, she took a job as a professor at Rutgers Law School. It was there that she encountered student activists and protestors and saw that in order for the culture to change, the law had to change. Her then-teenaged daughter, Jane, was enamored of Gloria Steinem and the feminist movement, as well as the fictional character of Atticus Finch, from To Kill A Mockingbird. At certain points in the film, it was evident that much of what Bader Ginsburg was doing was for the benefit of her daughter and the next generations. Her son is now a musician and her daughter an attorney herself.

It was when Martin brought to her attention a case in Colorado,  Moritz v. Commissioner of Internal Revenue involving a man who didn’t receive a tax credit for monies he laid out to pay for a caregiver for his mother because he was not married. It was assumed that only women were caregivers and that if the law changed to indicate that it was unconstitutional to discriminate on the basis of sex, then it would topple the entire system. She had a reluctant ally in Mel Wulf of the ACLU played by Justin Theroux who seemed to feel that the case was unwinnable initially,  and came to be persuaded that Bader Ginsburg was a force to be reckoned with.

This is public knowledge that she and Martin, who co-counseled the trial, won for the plaintiff, there is no need for a spoiler alert here. It set in motion numerous other cases that benefited both men and women and had her being appointed to the Supreme Court in 1993. She is one of a minority of Liberal justices. Her advancing age, combined with three bouts with cancer, the most recent injuring her ribs have people believing that her retirement should take place. She adamantly refuses, claiming her place on the bench with renewed motivation. Prior to that, she had regularly worked out with a personal trainer. She was back at work shortly after the rib injury and is now taking time for healing prior to returning to the courtroom. Martin died in 2010 after another bout with cancer and had risen to the challenge she offered that with the first diagnosis that he would live to raise their daughter and be by her side for a lifetime.

The movie came to a triumphant crescendo as she climbed the steps of the Supreme Court, the actress replaced by RBG herself. The applause in the theater was a ringing endorsement for this iconic figure.  The ripple effect of what she has accomplished will last for lifetimes. 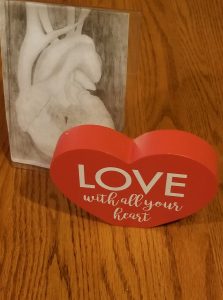