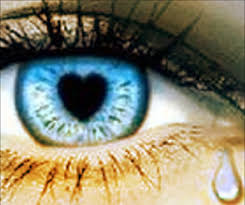 I woke up in the wee hours this morning; 4:44 to be exact, with the words ‘absolutely empath’ whispered in my ear. When that happens, as it does more frequently, I take heed. I gave myself a few more hours for it to marinate and when I arose about an hour ago, the words came through channeled from the Source. Feeling butterflies in my stomach and question if they are related to my own emotions or being picked up on from someone else’s projection. There are times when I feel like I am swinging a butterfly net and collecting them and placing them in my body.

From the time I was a child, I had a sense that there was something unusual about me. I was what I call a ‘quirky kid’ and an ‘alien baby left on my parents’ doorstep.’ Highly intuitive, I ‘knew stuff,’ having a sense that something was about to happen and then it did. I knew when people were about to die or when they had just crossed over. I didn’t always verbalize it since I didn’t want to freak anyone out. I could feel the emotions of others and sometimes even their physical pain. As an adult professional in the counseling field since 1979, it has served me well. As a family member, friend and partner, not always. Some of my co-dependent tendencies are linked to being an empath. I differentiate between being empathetic which indicates a deep caring for others and being an empath which sometimes feels like I am an oversaturated sponge that soaks up both joys and sorrows of others.

Dr. Judith Orloff, author of “The Empath’s Survival Guide: Life Strategies for Sensitive People” created a quiz to assist folks in determining if they fall into that category. As I perused it, I found myself checking off each item. Although I am indeed a social butterfly/people person, I have noticed in the past few years, that I do need some alone time to push the reset button. I can be in crowds and get juiced by the positive energy and then need to retreat a bit; not isolate, but rather, regenerate. Naps help greatly.

A humorous take on the topic is highlighted in this piece. It had me smiling since it glorified the value of my ‘drug of choice’- chocolate. It is both an antidote and balm for times when the world is too much with me.

I liken myself to the character of  Deanna Troi on Star Trek, The Next Generation. She was the ship’s counselor, guiding Captain Picard to make good decisions based on her well-honed intuition. A combination of nature and nurture since her culture from the planet Betazed had the ability to read people, as do I. There are times when sitting with clients in a session that impressions come through. Over the years, I have felt bolder in expressing them, when in the past, I hesitated, second-guessing their validity. Wanting to be more confident with the messages that tap on the doorway of my consciousness. Even as I was writing this piece and listening to the radio and had just typed the word, ‘butterfly,’ the announcer said the same word, in reference to a song title.

Another delineation for those of us in this category is HSP-Highly Sensitive Person. It has its perils and pitfalls, as well as peak experience thrills when my impressions are validated and others benefit from the intuitive hits that come through.

Given the current state of affairs in this highly charged socio-spiritual-political climate, this empath has her hands, heart, and head full. There are moments when I want nothing more than to huddle under the covers and remain there until people play nicely in the sandbox. When I realize that could take awhile, I muster the fortitude to get up and out, engaging in exercise, time in nature, listening to music, laughing and spending time with kindred spirits. All of these re-charge my batteries. 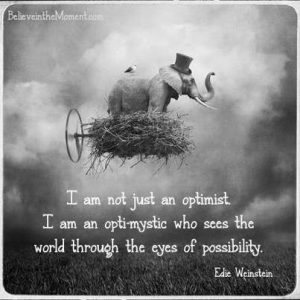 I read this book on New Years’ Day 2021, after a year that brought with it, turmoil and tragedy, as well as heartening news about people who, sometimes at their peril, continued to do good in the world. The opening quote in the book speaks to that intention, that we all fulfill our pure […]