Riding Out the Storm 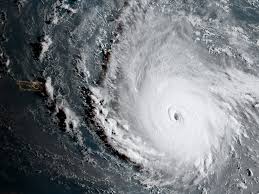 As I am writing this, thousands of people in the Carribean have lost power, water, and homes. Even more devastating, they have lost whatever sense of safety and security they may have once taken for granted. Such is the case with all forces of nature that are unpredictable and beyond direct human control. As Irma is bearing down on South Florida, my mind spins back to August 24, 1992. Twenty-five years ago, I was hunkered down, like many in South Florida as the whirlwind that was Hurricane Andrew came whipping through. My husband and I had purchased our first home in Homestead, close enough to the air base that we could see planes take off and land, something our newly adopted (then five-years old and now 30) loved to watch. A few days prior to the storm, he had flown up to the Philadelphia area with Adam so he could meet Michael’s family. In conversation, I asked if he thought I should drive up to Ft. Lauderdale and stay with my parents. His comment was a reminder that it was so unpredictable and that storms often veered off in a different direction. As the time approached that it was expected to make landfall, we both decided that it was the better part of valor for me to head northward. I didn’t take the precautions that people were advised to do, such as boarding up the windows and putting water in the bathtubs. It wouldn’t have mattered anyway since the roof was swept off and the ceilings fell down into both bathtubs. I laughed afterward that in preparation for their return, I cleaned the house and shampooed the carpets.

It was one of the longest nights of my life, as my parents and I were glued to the television, watching the meteorological mayhem play itself out. Even though we were not in the direct path as was our property, we could feel the condo shaking as if it was inside a snow globe, with pummeling rain and flying debris replacing the fluffy white stuff. When morning came and we saw what the air base and the Cutler Ridge Mall looked like, we were certain that our rancher had sustained severe damage as well. As a few days passed before we could return, my anxiety rose since I didn’t know what I would be walking into. My parents and I drove to the neighborhood where downed wires and remnants of buildings, cars, and trees littered the streets. I found myself feeling grateful that I hadn’t needed to endure the sound of the wind gusts that barreled through. My only regret was that when I went to my parents’ home, taking the dog with me, I had left the cat and rabbit there since I had not anticipated the intensity of the storm and by the time I realized that it was bigger than I imagined, it was too late to go back and get them. My mother had to talk me out of going since she felt I would be trapped there. Blessedly, they were both safe; the cat had hidden under a piece of kitchen ceiling tile that had fallen on the cabinets and the rabbit was in his cage. I’m sure that they were both traumatized and were pretty glad to see me when I rescued them and brought them to my parent’s place.

When Michael returned a few days later once the airports opened again, we went through the arduous task of sorting through what we could salvage and then claiming losses with our insurance company. In the meantime, we all stayed in Ft. Lauderdale until we could decide our next steps. Ultimately they led us back to Pennsylvania where I remain. Michael died in 1998 and I am still in the same place we bought following the hurricane. It took awhile for me to able to hear the sound of high winds without shaking or experiencing flashbacks of that traumatic night.

Now, when I saw the damage wrought by Harvey (I have friends in Houston who safely weathered the storm) and I see what Irma has done and may yet do in Florida (I have friends there as well; some have evacuated and others are staying put), I pray intently  that the storm head itself out to sea where it can do no harm. There are some who say that we humans either have no power to change weather patterns with our intentions, or we have no business even trying to do so since we don’t know what the outcome would be.

I have decided to pray for the safety of those in its path and that as little harm as possible be done. Of course, I would like it to steer clear and have seen meteorological miracles occur. Anything is possible. 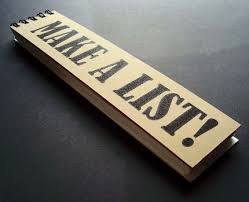 Does Your Life Suck?
archives most recent
More from Beliefnet and our partners
previous posts