Playing With The Muse 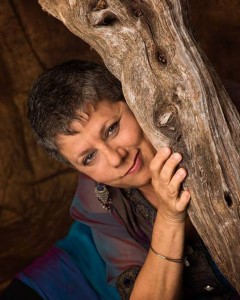 The Muse has been my long time companion, play buddy, inspiration and at times persistent lover. This Spirit of Creativity has kept me company for as long as I can recall, even as far back as childhood when It had me concocting whimsical stories that were baked in my all too vivid imagination. It sometimes awakens me in the middle of night to download ideas it calls forth and I am helpless to resist.

Today, I was listening to an interview on World Cafe on WXPN between David Dye and musician Ray LaMontagne. His new CD is called Ouroboros. I looked up the origin of the word and this is what I discovered: An Ouroboros is an infinity symbol that is representative of a snake swallowing its tail. No beginning. No end. Life and death in one. Impermanence.

During their conversation, Ray was describing what creativity was for him. He makes himself available to what he calls, “The creative pull. Imagine that  Peter Pan is The Muse and he comes tapping on the window and you let him in and he wants to play hide and seek and you say, ‘I want to play checkers,’ and he will go away and not come back for 10 or 20 years. So, I just follow it however playful and mischievous it wants to be.”

Yes, Ray. Me too. I often do automatic writing and allow the words to work me, like I allow music to dance me. My favorite type of writing is like that. While there are some articles I write that are research based and more cerebral, I am tickled sky blue pink with a yellow border, by those which beckon me with come hither fingers that usher me beyond my limiting fears that question, “What will people think if I write about intimately personal feelings?”  The truth is, most are touched by that vulnerability and it gives them permission to do that too. Joyful and sacred work.

It brings to mind the story that Elizabeth Gilbert shared about being the servant of the creation, rather than the other way around. She tells the tale of singer songwriter Tom Waits’ encounter with The Muse while on the LA Freeway.

“He heard a little tiny trace of a beautiful melody, and he panicked because he didn’t have his waterproof paper, and he didn’t have his tape recorder, and he didn’t have a pen, he didn’t have a pencil — he had no way to get it, and he thought, “How am I going to catch this song?” And he started to have all that old panic and anxiety that artists have about feeling like you’re going to miss something, and then he just slowed down and he looked up at the sky, and he looked up and he said, “Excuse me, can you not see that I’m driving? If you’re serious about wanting to exist, come back and see me in the studio. I spend six hours a day there, you know where to find me, at my piano. Otherwise, go bother somebody else. Go bother Leonard Cohen.”

I often wonder if he ever created that song or it was given to Leonard Cohen.

I have ideas that are as fleeting as a dandelion puff. I can’t count the number of times I have assured myself that I would remember a writing prompt that shows up as a wisp of an idea and then it has drifted from my middle aged mind. Even if I jot down or record the idea, I can stretch it out from that point and embellish it with feathers and flowers or deck it out with a wide brim fedora, tipped down over my eyes so as to look sophisticated when I really want to hide behind it.

Tonight when I sleep, I invite my playmate to whisper ideas in my waiting ear so that I can indulge in creative play in the morning. 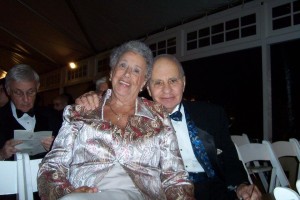