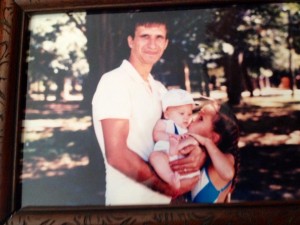 There are some people who get into your bone marrow and decades later, remain with you.  When I met Rich Foster along with his wife Gina at Glassboro State College in the late 1970’s, I was at Together, Inc. which was a counseling center where many of my friends worked. A motley crew of creative souls, who have experienced weddings, divorces, births, deaths and illnesses in the interceding years, we are part of each other’s lives to this day.

On April 6th, 1990, an event occurred that in an instant, changed the course of the lives of Gina, Amy and Ashley Foster and countless members of the ‘family of choice’ circles of which Rich was a part. On his favorite mode of transportation (a bicycle), heading to work, he was struck and killed.

Hard to imagine that this pony-tailed, brown eyed soul was taken. He was generous and kind, funny as hell, and could fix stuff, including having a gift for patching up broken hearts. A consummate hugger, Rich embraced life with the same enthusiasm. I enjoyed our conversations about life, the Universe and everything. Their home was a gathering place and once a month (if memory serves), they hosted a house concert where music resonated off the rafters of the high ceilinged farm house in Sewell, NJ. 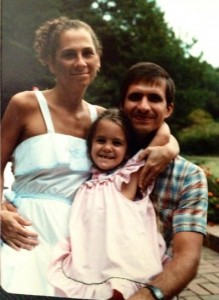 After he died, I had a dream in which we were sitting in a booth in a diner and I could clearly see a mini jukebox at the table. Can’t remember which song was playing, but I remember laughing a lot. His presence reassured me that he was safe and well.

When Amy married Steve, there wasn’t a dry eye in the house as the elegantly clad and coiffed Gina and the angelic Amy did the parent-child dance. I clearly sensed that Rich completed the circle with them as they gracefully moved across the floor. Amy now has two children and Ashley will soon be a mama. I’m sure that Rich is beaming at the legacy those who love him continue to carry on.

Rich, I bless the man that you were and the soul you will always be.

Is It In The DNA?
archives most recent
More from Beliefnet and our partners
previous posts