Insecticide on the Table?

It’s on the table — but that doesn’t make it food. 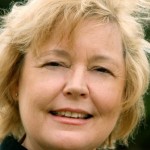 It sounded  so good — a more “natural” sweetener that is actually made from sugar.  However, after wading through many technical documents, I had to conclude it’s not “natural” at all.  Sugar is a hydrocarbon built around 12 carbon atoms. Splenda starts with sugar, all right, but some of the hydrogen and oxygen atoms are replaced with chlorine atoms.  Where do you find chlorine?  In things like bleach and pesticides.  In fact, sucralose had its beginning in a search for a more efficient pesticide.  It was accidentally discovered in the lab that the product was sweet — and the rest is history.

“Wait up,” some of the sites said.  “Table salt is sodium chloride — so we do consume chlorine naturally in our food.” True, but the difference is in the carbon base of the sugar.  Salt isn’t a carbon.  It’s the combination itself that causes the problem, according to the scientific papers I studied.  The carbon atoms bind with the chlorine and they are absorbed together in the cells.  Not where we want poison! Also salt contains chloride which is the safe and usable form — not chlorine.

So what can sucralose actually DO to us?   Some of the alleged symptoms that have been reported are gastrointestinal problems (bloating, gas, diarrhea, vomiting), skin irritations like hives and rashes, wheezing, cough, runny nose, chest pains, palpitations, anxiety, mood swings, depression and itchy eyes. Yikes!

Besides these, according to Dr. Bowen, pre-approval tests showed these results with animal testing:

Shrunken thymus glands (up to 40% shrinkage)

Atrophy of lymph follicles in the spleen and thymus

Hyperplasia of the pelvis

So, if these things were shown BEFORE the FDA gave its okay, why are we eating it?  The same reason that we ate saccherine and aspartame.  In fact, sucralose is following an identical pattern:  pre-approval studies that showed potential problems, denial of reports of adverse reactions, and approval before long term studies are done.

In order to be fair, I checked into what the FDA and Splenda manufacturers had to say.  They reviewed 100 tests that they say showed Splenda to be safe.  That was encouraging, but who performed these tests?  I read many allegations that they were done by the manufacturers or “third parties” that were hired by the manufacturers.  Trustworthy?  Hmm.  Also, since no long-term testing was done we have no way of knowing what the effects of long-term use will be.

Summing it up, here are some concerns about sucralose:

There are no independent controlled human studies on sucralose.

There are no long-term human studies of its effects and no long history of safe use.

There is no monitoring of health effects.

I have to give this disclaimer: I’m not a chemist, and reading the scientific papers is a challenge for me.  Also, there is always lots of anti-hype toward any new product.  Taken all together, though, I am personally giving this sugar substitute two-thumbs down.  There are safer, natural, better alternatives, so I will just use one of those.

But you can do your own research and decide for yourself.  That is always wise. You can’t blindly depend on a government agency to protect you and you shouldn’t automatically believe everything you read on the Internet.  Your health is YOUR business.  You should make it your business to protect it!

Eating to live and living for Christ,