In November 2007, religious historian Karen Armstrong won the TED (Technology, Entertainment, Design) award because of her many contributions that have made a profound difference in the world. Each recipient is given $100,000 and a wish for a better world.

So, three months later, when Armstrong accepted the award, she asked TED to help her create, launch, and propagate a Charter for Compassion that would be designed by prominent thinkers, philosophers, and leaders from a variety of different faiths. Its mission? To restore compassion to the heart of religious and moral life at a time of such flagrant violence and terrorism in the name of race and religion.

As I read through excerpts of Armstrong’s book, Twelve Steps to a Compassionate Life, and reviewed her interview last year with NPR’s Neal Conan, I was inspired by Armstrong’s ferocious passion and single-mindedness with which she is pursuing this dream of hers. Her charter embraces five key principles, the final being “to cultivate an informed empathy with the suffering of all human beings — even those regarded as enemies.”

That principle is the most difficult, of course, because doing it effectively requires constant effort — no water breaks included — and espousing behavior opposite to the commands issued to us by our reptilian brains: “He bit you? Bite him back!”

Yet, this “informed empathy” can also liberate and free us from some of our own pain, because there is no room to be a victim with this kind of philosophy, and victims tend not to be a happy, perky lot.

Psych Central’s Margarita Tartakovsky penned an insightful post about cultivating self-compassion. I appreciated her blog because, sometimes in our pursuit to be more compassionate to others, we forget the second part of the Golden Rule: “as you love yourself” or “as you would do unto yourself.” Without that last piece, we are unable to love others as completely as the Rule dictates.

Again, it’s the “common humanity” element that intrigues me the most, because a very powerful tool for me in my recovery from depression and anxiety is to attach my suffering to the “greater suffering” of the world. If I can make the connection between the panic and mood dips I experience during a depressive cycle and the various types of suffering and discomfort experienced by practically everyone I know, then I am much less resentful, cynical, jealous, bitter, and angry. I don’t bite back.

I started from my own pain and then extended from my personal situation to a universal awareness of the pain that so many of us experience with a prayer that pain everywhere be diminished. Perhaps this sounds familiar: it is another way of practicing focused-spacious awareness. When I just focused on my own pain, it was nearly unbearable. But when I empathized with the pain that is in everyone, and even in the creatures that populate our planet, my pain became less personal and immediately more bearable.

Extreme pain can be so powerful that it wants to suck you in like a black hole, but if you do not amplify your suffering with stories—and instead let your whole being be a prayer for the lessening of suffering everywhere—your pain has become something more than just yourself.

Spiritual author Henri Nouwen also describes this transition from specific pain to universal pain in his classic book, The Inner Voice of Love. I read the following passage over and over again whenever I hit an unexpected place of anguish. His words almost always place me in a better relationship with my pain, or at least enough so that I don’t start cutting everyone off in traffic and bite people:

As long as you keep pointing to the specifics, you will miss the full meaning of your pain. You will deceive yourself into believing that if the people, circumstances, and events had been different, your pain would not exist. This might be partly true, but the deeper truth is that the situation which brought about your pain was simply the form in which you came in touch with the human condition of suffering. Your pain is the concrete way in which you participate in the pain of humanity.

Paradoxically, therefore, healing means moving from YOUR pain to THE pain. When you keep focusing on the specific circumstances of your pain, you easily become angry, resentful, and even vindictive. You are inclined to do something about the externals of your pain in order to relieve it; this explains why you often seek revenge. But real healing comes from realizing that your particular pain is a share in humanity’s pain. That realization allows you to forgive your enemies and enter into a truly compassionate life. 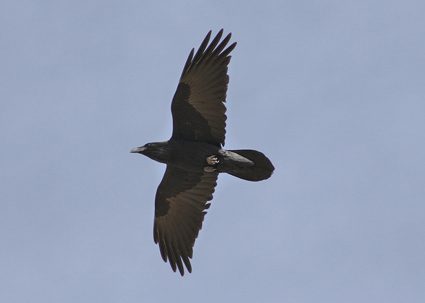 Mindful Monday: Worry Not!
archives most recent
More from Beliefnet and our partners
previous posts