The Spiritual Anatomy of Emotion: An Interview with Michael Jawer 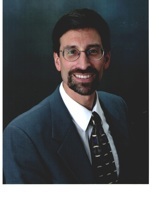 Today I have the pleasure of interviewing Michael Jawer, coauthor of “The Spiritual Anatomy of Emotion,” which you can read about at www.emotiongateway.com. He is an emotion researcher and expert on “sick building syndrome” and lives in Vienna, Virginia. I found his book incredibly intriguing and comprehensive. He dabbles in every topic you have ever wondered about in relationship to depression: sensitivities to chemicals, highly-sensitive people, different types of personalities, what the brain does while feeling anger and fear as opposed to compassion and empathy.

Thanks for agreeing to be interviewed, Michael!

1. Since you’re a specialist in this area–and I have always wondered this myself, feeling the effects of toxic places–how does poor air quality contribute to depression and other illness?

Michael: If a building’s air quality is not up to par, particularly sensitive people may react to it, finding themselves feeling ill. And if these same people find themselves sidelined from work for any length of time, it’s likely questions are going to be raised: what’s going on? Are they malingering? Hypochondriacs? How much of it is in their heads? These kinds of questions – from colleagues, neighbors, even family and friends – can prompt someone who’s frankly not sure why he or she is feeling ill into feeling down as well. Many especially sensitive people suffer from depression, perhaps not as a root disease so much as a learned accompaniment to their difficulties. The key thing that sensitive people need to understand is that poor air quality probably exacerbates what one researcher has termed “Central Sensitivity Syndrome,” a predisposition for their nervous system to be unusually vigilant. It’s not pathology – in most cases it’s their intrinsic physiology.

2. You have so many insights on highly sensitive people. Could you summarize your points and come up with a few ways HSPs can live and cope in an insensitive world?

Consider that one especially acute form of sensitivity, Chronic Fatigue Syndrome (CFS), was put down as the “Yuppie Flu” a mere decade ago and yet, the more it’s studied by reputable organizations, the more it seems to be a bona fide susceptibility that some people are born with. (Whether it’s triggered has to do with accumulated stress in some cases, childhood trauma in others.) Same with synesthesia or overlapping senses: until brain imaging showed that certain people really do “hear a flavor” or ” smell a color,” their reports were regarded as metaphorical at best. So HSPs needn’t deny the validity of her own perceptions.

Likewise, a sensitive person should recognize his/her particular needs and be willing to speak up for them. It’s a matter more of education than agitation: recognize that most people aren’t highly sensitive and don’t have share the same perspective, don’t have the identical feelings. They can understand how another person lives, though, if that other person is patient and instructive, yet ultimately insistent. Realize that no one else can be counted to speak up for you, but do so with the same respect that you’d want for yourself.

Michael: The thick-to-thin boundary spectrum isn’t a concept I came up with, it’s one I borrowed from Ernest Hartmann, a psychiatrist and dream researcher in Massachusetts. This way of describing personality is so useful when talking about sensitivity that it’s actually a foundation for my book. Basically, Hartmann says, thick boundary people are the ones who strike us as very solid, rigid, or thick skinned. Then there are people who are especially sensitive, open, or vulnerable. These are the thin boundary types. They’re very interesting since thin boundaries have been shown to correlate with dream recall and vividness, heightened emotional reactions, imagination and creativity, fantasy proneness, environmental illness, and mystical or psychic experience.

Thin boundary people hold the key, in my view, to understanding a lot about ourselves that has remained out of reach until now. The more science takes seriously what thin boundary people have to teach us – especially about the centrality of emotions to existence – the more we’ll come to appreciate distinctions in human nature that are really fundamental to how we all get along.

Therapy Thursday: Go In Not Out
archives most recent
More from Beliefnet and our partners
previous posts