Marsha Linehan: The Moment I Was Transformed 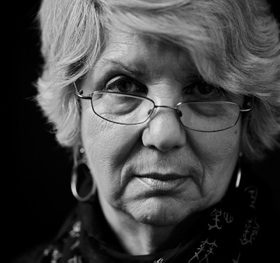 Last week New York Times journalist Benedict Carey penned a powerful interview with Marsha M. Linehan, the developer of Dialectical Behavior Therapy (DBT). For the first time, the American psychologist opened up about her own mental struggle that began in her adolescence and continued through her early adult life.

“So many people have begged me to come forward,” Linehan said in her interview with Carey, “and I just thought—well, I have to do this. I owe it to them. I cannot die a coward.”

I was incredibly moved by her story and by her courage to reveal her darkest moments. However, I was even more blown away by the accompanying video, because, in it, she articulated the moment she first felt loved – by God – which allowed her to love herself. I attempt to transcribe the video below (click here to see the video):

I was sitting in the room right outside the chapel, which I will never forget. Because I was sitting on the couch, and I think I felt complete and total despair. That’s the only way to say how I felt. And so this nun walked by, and she turned and looked at me and said, “Is there anything I can do for you?” And I realized that no one could help me, that just no one could help me. So I said to her, “No. Thank you.” And she left.

And so I got up and I went into the chapel and I was just kneeling there, and I have no idea … I doubt I was saying anything. I think I was just looking at the cross above the altar. And then out of the blue – out of the absolute blue –suddenly everything went gold and the crucifix was shimmering and I had this unbelievable experience of God loving me and I jumped up and ran out and ran to my room.

That transcript doesn’t do justice to the video. The photography and the authenticity of her voice speak more powerfully than the words themselves. And I just could not get over the fact that a woman as highly esteemed in the world of academia and psychology as she is would have the courage not only to disclose her own personal struggle with insanity, but also to embrace her faith in a public way. The latter is, I think, is even more risky in our faith-phobic culture than a mental-health disclosure.

I know exactly that transformative moment that she is describing.

Mine happened during my second hospitalization when somehow—I guess out of desperation, and feeling as though I had entered the pitch black and could not fall any deeper—that I finally understood God’s unconditional love … that he loved me even in that very ugly hour. I grasped, much like a child, God’s deep love for each and every one of us, and understood in a profound way that t had nothing to do with our accomplishments, or our report card, or even how many souls we brought to God. I experienced a relief I have yet to fully understand. But I finally was able to surrender to God’s love and forget about my agenda and self-expectations. For a few seconds in time, I could leave behind all of my self-loathing and shame.

Unfortunately the feeling did not stay. But the peace of that moment still direct me today. It gives me the confidence to know, on my very tough days, that I won’t feel like that forever. And even if I screw up in a massive way, God will still love me, that I need not try to win his love or anyone’s love, for that matter. God loves me simply because God created me.

And that kind of unconditional love can and does transform.

The Spiritual Anatomy of Emotion: An Interview with Michael Jawer
archives most recent
More from Beliefnet and our partners
previous posts