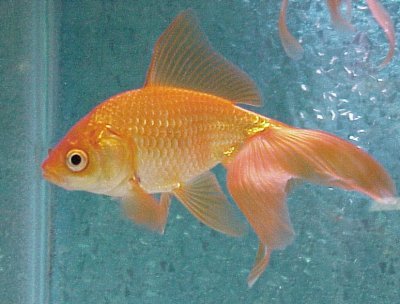 Here’s an entry from my archives that you’ll appreciate. Maybe. If you have a sense of humor. And are a tad OCDish like me.
The most challenging part of my sprint triathlon last weekend had nothing to do with physical endurance, although I did feel like I was going to fall off my heavy mountain bike loaded with Gatorade several times as I headed into the wind.

For a person with OCD issues, the real test of strength was all in the head.
I am what you call a pool snob. The community aquatic center is not clean enough for me. In fact, sterilized conditions are so important to this swimmer that I sought employment at the U.S. Naval Academy so I could use their pristine, Olympic-size pool. Needless to say, paddling around in this “freshwater” pond the race organizers described had me a tad nervous.
When the two friends and I pulled up to the Lower Shore Family YMCA in Pocomoke City, Maryland, I nearly bailed upon spotting a brown puddle of water that looked no deeper than my bath.
“That pond out there in the front, is that what we’re swimming in?” I asked the guy who gave me my race packet, feeling exactly like Clark W. Griswold (Chevy Chase) when he arrives at a closed Walley World theme park after driving across the country in National Lampoon’s “Vacation.”

“Ha! No, it’s in the back.”
Phew. That one would allow me to at least get horizontal without hurting my knees. But it still wasn’t close to passing my contamination inspection.

“Focus,” I told myself. “Focus on the swim, not on how disgusting this water is.”
But when my head was fully submerged in the muddy pond a minute after the go signal, I spotted a school of small fish swimming under me.
“They are only fish,” I said to myself. “You are bigger than they are. Do not fear the fish. Keep swimming. Look up occasionally to see where the hell you are going, and keep swimming.”
Then more fish. And these made-for-triathlon spandex shorts I was wearing weren’t tight. There was plenty of room for a fish to sneak in.
Just like Memorial Day twenty years ago. (People with OCD have great memories, unfortunately.)
Our neighborhood pool held its annual Memorial Day goldfish swim, where they dumped dozens of those colorful fellows into the chlorinated water (I’m not sure why they didn’t die), and then kids scooped them up in their plastic bags, and took them home as pets.
I forget how many my twin sister and I scored that year (it was organized according to age groups). All I remember is that when my mom went to give us baths, my sister found a fish in her suit.
“They’re getting stuck in there, I know it!” I panicked.
“Concentrate. Focus. Swim. Do not fear the fish, for crying out loud. Ten more minutes and you’re done. You’ll be on your bike.”
“Oh my God, a big white fish! He’s attacking me!”
“That’s not a fish, you moron, that’s a foot of one of the slower old guys who took off in the wave before you.”
“Oh God, I just got a mouthful of this filthy water! Yuck! What if I swallowed a fish?”
“The fish won’t kill you. Not in your mouth, your stomach, or in your pants. Keep on going. You’re almost there.”
You’d think the paranoia would end as soon as I could exit the sooty pond, but not for an OCDer.
As I sat on my bike seat, I heard a squishing sound.
“I heard the fish. I just squashed it! I knew it!”
“It’s probably the padding in your shorts. Chill out. And even if you managed to catch one, he’ll be dead by the time the ride is over.”
“But I can’t ride 14.2 miles with a dead Nemo in my pants!”
Every time I shifted gears, I thought about Nemo, wondering how he was doing. In fact, no matter how hard I tried to direct my thoughts to something else, preferably the race I was participating in, I continued to freak out about the fish.
Like when I passed a chicken farm, about a half of a mile into the run.
“I smell it! It’s a whole family of fish, reproducing as I run! Nothing short of a fish school drying out could smell that bad!”
I finally crossed the finish line singing the tune from “The Little Mermaid“: “Les poisons, les poisons, how I love les poisons!”
Which was fitting, because considering all the seaweed (but no fish!) that fell off of me in the shower afterward, you’d think I was “The Big Mermaid.”

read next post
Take the Celebrity Depression Quiz!
archives most recent
More from Beliefnet and our partners
previous posts