Addiction: Am I Really Powerless? 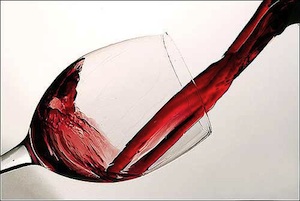 Mark Gauvreau Judge wrestles with the belief that an alcoholic must admit to being powerlessness in order to begin recovery.

I found this intriguing because I had such difficulty with that myself, since I gave up booze so early in life.

For the full “Common Boundary” article, click here. It begins with the following:

Sandy B. sits in front of 400 alcoholics, talking about powerlessness. “All our techniques and skills are totally useless when it comes to alcohol,” he declares. “You can’t learn your way out. You can’t be told you’re an alcoholic, then go to Rutgers and get a Ph.D. in alcoholism. That will only make you a smart drunk.”

Laughter ripples through the audience. Sandy, a tanned, skinny alcoholic, is one of Alcoholic Anonymous’ most engaging speakers, popular among people in the Washington, D.C., recovery community. This morning in Bethesda, Maryland, he’s discussing the first of A.A.’s Twelve Steps: We admitted we were powerless over alcohol, that our lives had become unmanageable. According to Sandy, it is the sine qua non of the A.A. program.

“In order for the spiritual power of this program to come in and give you a free ride on many of life’s problems, we have to totally surrender,” he says flatly, as if he’s describing a law of physics. “None of the rest of the program can come in when we almost surrender. Almost surrendering is like almost having a parachute.”

Sandy finishes, then the A.A. members in the audience stand, join hands, recite the Lord’s Prayer and a slogan–“Keep comin’ back, it works!”–then noisily file out of the auditorium. Most will return in the upcoming weeks to hear Sandy on the other steps; for them, the Twelve Steps and the A.A. message of powerlessness over alcohol and submission to a Higher Power have become a lifesaving gospel.

A.A. is world renowned, with almost 2 million members in 141 countries. Its success has spawned a legion of progeny. According to a Newsweek article, there are over 15 million people in 500,000 self-help groups in the United States alone–Narcotics Anonymous, Overeaters Anonymous, Bulimics/Anorexics Anonymous, Sexaholics Anonymous, and Spenders Anonymous, to name a few. Although the problems these groups address are as different as the people who attend them, the format is invariably based on the Twelve Steps.

But despite these numbers and anecdotal success stories, Charlotte Kasl, a psychologist and the author of several books, including “Many Roads, One Journey,” strongly feels that the Twelve Steps can be harmful. In 1985, she announced to her Twelve Step group–she prefers not to say which one–that she could no longer say the steps as they were written. As a feminist, she had come to resent the message of A.A.’s founder, Bill W., which viewed ego deflation as the only path to recovery. “Most of the women I had worked with [in therapy] had very little ego strength,” Kasl says. “They were battered, in bad relationships; [they] were incest survivors, torture survivors, and the Twelve Steps had them constantly looking to their faults and taking blame for things.” In 1991, she formulated her own “Sixteen Steps for Discovery and Empowerment,” which encourage addicts to “take charge” of their lives. Kasl claims to have almost 200 Sixteen Step groups in the country.

“The Sixteen Step group has been wonderful for me,” says Aikya Param, a writer living in Oakland. Param was in A.A. for two years when she joined a Sixteen Step group. “I realized as I came along in A.A. that self-esteem was the core problem that I needed to work on. [But] I couldn’t talk about that [in A.A.].”

Some members of minorities also object to A.A. on the same grounds. Says psychologist and author Jane Middleton-Moz, who for 25 years has been treating Native Americans and others from minority cultures who suffer from addiction, “For people who have been oppressed for years and years–generations, actually–to say, ‘I am powerless’ or ‘Turn it over’ is to say something they’ve felt their whole lives.” 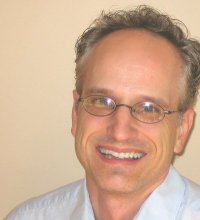 How Do You Find a Good Therapist? An Interview with Dr. John Grohol
archives most recent
More from Beliefnet and our partners
previous posts