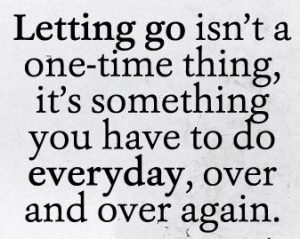 Reading Jessica Livingston’s ‘Sound of Silence‘ struck so many resonant chords it was like she was playing my song. A soundtrack to a current dilemma I’m waffling over. Which is…to FaceBook or not to FaceBook.

Livingston articulates the downsides eloquently: I’m sick of being a target for every neocon who buys alt-right agitprop. I’m tired of angering at groundless conspiracy theories, and trying to convince people that no, Obama is NOT going to engineer a revolution on Friday (my sister’s nurse today…And yes, the nurse absolutely believes it…a woman w/ a nursing degree…SCIENCE, for cryin’out loud!)

I know a lot of stuff about education, for example. But to hear the idiots who support our state governor tell, this woman who has managed to learn all the wrong lessons from profit-based reforms is an expert. And I’m just another know-nothing, despite having worked in the field — at the national level as well as city & state levels — for decades.

Here’s the deal: I use my FB as a kind of ersatz progressive news outlet. One entire side of my family is evangelical Christian, in the least progressive of definitions. They are anti-choice, homophobic (in my eyes, at least; they would say they’re ‘pro-Christian marriage’), filled with white privilege (which they would say was ‘anti-special treatment’), and extremely pro-Christian (to the extent of being highly suspicious of other religions). We don’t have ANYTHING in common, politically.

But they’re my family, folks. MY. FAMILY. So I keep trying to point them to unbiased news sources (‘they’re liberal rags’ — the Washington Post?? Reuters??). Look up government docs (‘it’s an Obama conspiracy!’). Link them to actual video of what was said, or what happened. So they can see with their own eyes. And it has as much impact as rain in Africa. Their beliefs are grounded partially in religious propoganda from the pulpit (think Franklin Graham, or Pat Robertson), and partially in the visible changing of the colour guard of American culture. Gays! Brown people! Muslims! And while my family will say they harbor no ill will towards ‘them,’ they will also find reason after reason why such groups should be watched/ listed/ disenfranchised. It’s just ‘smart,’ they will tell you, to ‘be careful.’

It’s enough to put you off reunions entirely. And certainly social media engagement! 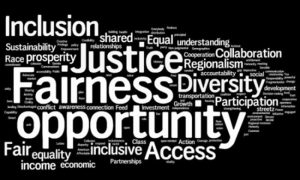 Because it lacks any kind of research base. It’s informed either by faith — not a good base for research, sorry — or… I’m not sure what. Certainly NOT research, or science. In my defense, I have worked diligently to learn ‘the other side.’ There are excellent articles available on why so much of economically depressed, blue collar white America voted as it did this election. Against its own interests, progressives would say. But in line with history & the pulpits of evangelical Christianity. And against science and facts.

The wonderful Thich Nhất Hanh, in his 14 precepts of socially engaged Buddhism, reminds me that my job isn’t to convert folks. It’s to engage them in conversation, & “through compassionate dialogue, help others renounce fanaticism and narrowness.” Hunh. Dear, kind, beloved & revered sir: just how do you suggest I do that when my POV is so highly suspect to them? When I can’t defend my gay friends & family (they’re damned…), or my dear Muslim friends (potential threats), or my brown daughter-in-law? Or my cousin’s black grandchildren?

I’m well aware that I need to let go of any anger.  Anger that folks are so anti science, anti-facts, anti- what their cherished beliefs don’t support. Anti the abstract idea of my friends (gay, Muslim, brown & black)… It’s hard to realise that a Buddhist country like Burma, for instance, can implement genocide. It doesn’t fit w/ what I think I know of Buddhism, or even Burma. But it’s true. I don’t have to like it, but I can’t pretend it doesn’t exist. So I know what it is to have to revisit beliefs. But I don’t understand — at all — refusing to even listen to another person’s POV.

Years ago, I had students who flat refused to read Darwin. They said their religion would forbid it. These kids were Christians, and they couldn’t read Darwin. And no, I don’t believe they were making it up. They were genuinely threatened by the very idea of reading Darwin. As my colleagues & family seem to be when I ask them to articulate the ‘why’ of their various positions.

I know. I need to let that go. I need to try hard to engage w/ compassion. It’s so hard that I have to just get away from all media for days on end. And in the meantime? I colour. I play w/ my grandson. I plan a garden I won’t be able to plant until next summer. And I hope I’m up to the task of compassionate engagement. Eventually…

giving thanks month, day 4 (for cats) ~
archives most recent
More from Beliefnet and our partners
previous posts